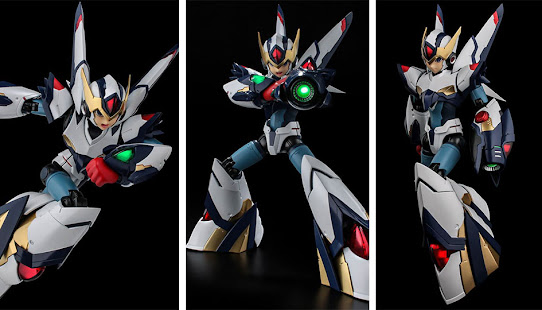 The following message was sent by BBTS to customers who previously pre-ordered the figure: 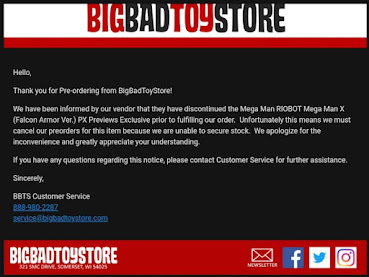 Long story short, BBTS were unable to secure stock because their vendor "discontinued" the figure. BBTS have no other choice but to cancel pre-orders.

The circumstances behind the vendor's decision to cease production were not disclosed. However, the on-going supply chain crisis is a likely suspect. It's pretty much a giant traffic jam of cargo ships containing everything from cars and electronics to clothing and toys. It's impacting multiple industries and retailers. The parts needed to produce Riobot X, let alone the resources needed to ship the thing stateside, may very well remain stuck at sea.

Now, if you really, really want the figure... you may have to risk importing it. That or buy it secondhand from someone within the U.S. Neither option will come cheap, I'm afraid.

(Thanks to Twitch for the tip!)