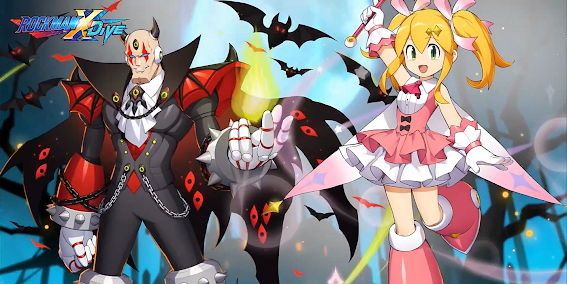 Halloween Sigma's first active skill is Penta Bat Shot. It launches a horde of bats that will track the enemy. One of the skill cards will let Halloween Sigma recover HP.

Hellfire Dust is his second active skill. This skill will engulf the target in dust, damaging all targets in range after a few seconds of delay. One of passive skills will grant him damage reduction while Hellfire Dust it's active.

Halloween Roll's first active skill is Magical Cannon. This skill will release a huge beam forward and depending on the skill card equipped, the player will be able to chose between defense, accelerated or damage enhancement status.

Magical Orb is her second active skill. This skill will summon several orbs that will target nearby enemies. One of the passive skills will let Halloween Roll to lock on into targets that suffered damage from the Magical Orb to deal additional damage if they are hit by Magical Orb again, stackable up to 5 times. 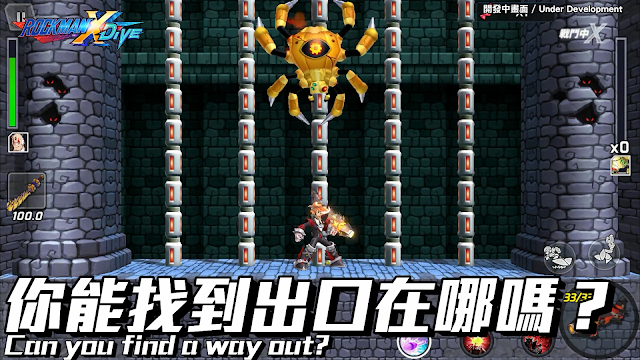 The mysterious master of the Nocturnal Castle event will go live this Wednesday through November 10, featuring a new version of Bospider as the boss. The stage is full of all kind of traps!