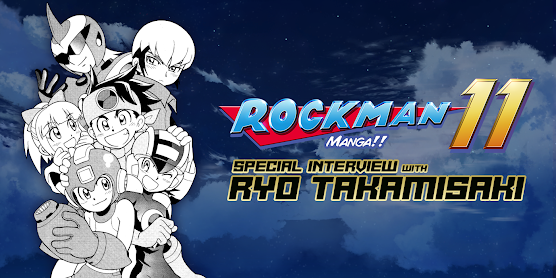 We're back with another translated Ryo Takamisaki interview!
This time, it's a short short piece published alongside Takamisaki's Rockman 11 one-shot manga from 2018. The interview was originally published in the Fall 2018 issue of CoroCoro Aniki. It focuses on his work with the Rockman EXE manga and other topics.
You can read the translation (courtesy of our friend Windii Gitlord) after the break! 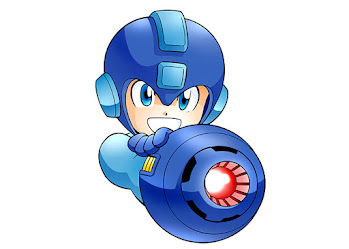 Ryo Takamisaki serialized the Rockman.EXE manga in Monthly CoroCoro magazine from 2001 to 2006. To coincide with Rockman's revival, he wrote a special Rockman 11 manga for this issue of Aniki! What was he thinking when he drew EXE, and what does he think of Rockman 11? We asked him all kinds of questions!
Your Rockman.EXE series was very popular in CoroCoro magazine. What were your thoughts at the time when you were writing it?
Every time I drew it, I felt like I was putting everything I had into the manga Rockman.EXE. I was carried away, but I have good memories of everything. Speaking of failures, I once received a request to revise the work after the deadline had been exceeded, because the expressions were too violent and brutal... The staff going home and leaving me alone really freaked me out at the time. (sweats)
Rockman.EXE was a story where the Internet was the main focus. Were you also familiar with the Internet from that time (2001)?
Actually, I didn't make much use of the Internet at that time. I was told that manga artists shouldn't egosurf or anything like that, because the Internet is full of abusive language, and I was scared of that... What kind of Cyber Cartoonist (that was my title in CoroCoro at the time) am I?!
Is there anything that you always kept in mind when drawing Rockman.EXE?
The most important thing was just how I could make the characters appear charming. I wanted everyone to like Rock, Netto, Blues, and Enzan! Well, that's not to say there weren't some gags that didn't fit the image... were there?
Who is your favorite Rockman.EXE character?
My favorite is... Forte. I love him! I'm so attached to him that I've probably done too many things with him. He didn't have that much importance in the story in the games, after all. But I was happy to hear that a lot of kids mimicked his signature phrase "Quench my thirst and hunger!" in the manga.
What was your biggest struggle during serialization?
As the series progressed, the designs became more and more complex, and it was hard for me to draw them. Beast Out Rockman from the final game was particularly difficult to draw from a manga point of view because it was very over-the-top and the design hid Rock's face.
How do you feel about drawing the main series Rockman for the first time?
There are similarities, but he's indeed different from EXE (and I'm not just talking about the design). For me, it was very refreshing. I'd like to draw other Rockmen, too.
Which do you prefer as a game, Rockman.EXE or Rockman?
Well, RPGs are easier to play. I don't have good reflexes for action games... Oh, but I heard that Rockman 11 has an easy Newcomer Mode, so I'd like to try that!
If you were to come up with a Rockman boss, what would it be?
I think I'd like a nihilistic, aloof character. I'd like to see someone who nimbly dodges like a matador. Or maybe I'd like someone with a sports motif, like soccer. I'm torn!
In Rockman 11, there are two types of gear: Speed Gear, which slows down time around you, and Power Gear, which increases your power. If you could actually have either one, which would you prefer?
Speed gear! Wouldn't it be great to be able to slow down time?!
Lastly, please give a message to the readers of CoroCoro Aniki who may have been reading Rockman.EXE at the time.
It's been more than ten years since the end of EXE, but Rock, Netto, and everyone else continue to live in my heart! I dream that with your support, I may be able to depict their activities again. I'd love to hear your passionate feedback!
Thank you very much! We're looking forward to your next work, Mr. Ryo Takamisaki!
----------------------------------------------------------
If you haven't read the Rockman 11 one-shot, what are you waiting? You can do it here!
Posted by Reploid21XX at 8:06 PM