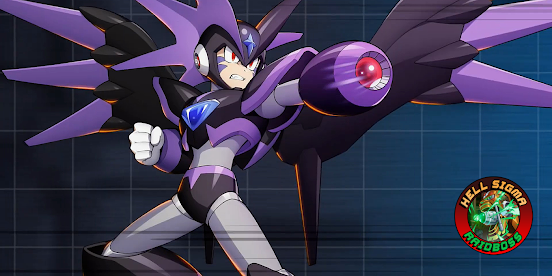 It's time for the 14th DiVE Festival! Bass, the "anti-hero" of the classic series in his Treble Boost form joins the Deep Log! He's arrived in time for the next Raidboss: Hell Sigma from Mega Man X6.

His second active skill is Sweeping Laser which dashes forward and shoots a downward laser. After hitting the target, inflicts 2 stacks of weakened DEF.