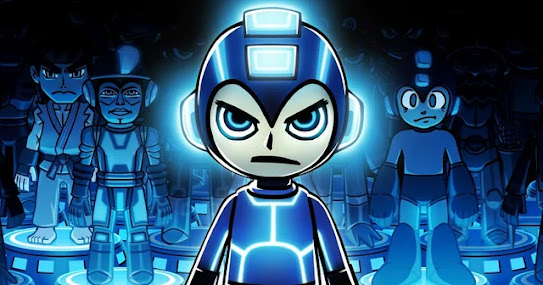 Mega Man Universe was cancelled ten years ago on March 31st, 2011. The would-be "Mega Man maker" title was poised to launch on PlayStation 3 and Xbox 360 that same Spring.

And curiously enough, Capcom never explicitly stated why production was discontinued. The initial announcement cited "various reasons". A statement so vague that many fans at the time wrote the whole thing off as an off-kilter April Fool's joke. Of course, we know now that wasn’t the case.

Look - I get that Mega Man Universe is often considered the lesser of the five cancelled 2010 Mega Man games. But something has always felt off about the whole thing. I mean, we were led to believe this was a title mere months away from release. If something was amiss, why not delay it? What was going on behind-the-scenes - with Keiji Inafune and his team - that led to... nothing?

Well, there's an 'ol saying: Like sands through the hourglass, so are the days of non disclosure agreements. Ten years after Mega Man Universe's demise, a few individuals related to the project are ready to tell the story.

"When Mega Man Universe was first announced, there wasn't a solid plan about what the game was going to be," a source tells me under the condition of anonymity. "One day it was a Mega Man 2 remake. The next, he [Inafune] would talk about it as if it would be a 'platform' in itself. It went back and forth there for a little while."

It should come as no surprise that, from the get-go, Mega Man Universe's concept wasn't fully baked. Development only began in March/April 2010, according to producer Akiko Ito. The title was officially announced only a few months later on July 16th, 2010.

They continued, "Universe was, from New York Comic-Con 2010 on, envisioned to be less of a game-game and more of a storefront. It was to be a place where players could buy different Mega Man characters and objects to build their own Mega Man games. Inafune once hypothesized there wouldn't be a need for any more 'traditional' Mega Man games. Universe would just keep growing; sustained by the fans and content provided by Capcom. He saw it going on for years. A continuous stream of revenue. That was his vision." 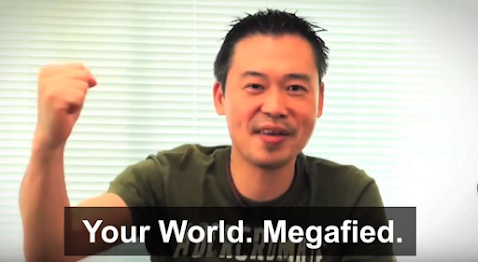 Not only did Inafune hope Mega Man Universe would be a big hit with fans, he wanted it to push Capcom and the Japanese game industry toward a “digital” future. He wanted to show companies the value behind downloadable content. An admirable cause at the time, sure. However...

"After NYCC and Tokyo Game Show [2010], Inafune was really taken aback by the negative reception. People just didn’t like the game,” recounted another source. "From the top of my head, Destructoid wasn't sold on it. IGN hated it. And the fans weren't keen on the art style.”

Towards the end of TGS 2010, Inafune was feeling bummed. But not deterred. If Mega Man Universe were to instigate industry-wide change, it had to be better.

So with less-than-stellar impressions in hand, Inafune brought the title back to the drawing board. The dev team dissected NYCC and TGS feedback to determine "troublesome" areas. They narrowed it down to two commonalities: graphics and controls.

“The art direction was a big turn-off for many players,” said source #1. “Pretty early on, it was decided that MMU’s target audience would be the West. So [they] looked at what kind of animation was popular at the time. You know, stuff from Cartoon Network.”

“But it didn’t click with people,” added source #2. “Inafune and co. stuck to their guns, though. They believed the audience that would appreciate these designs weren’t the ones demoing the game. So it stayed put.”

Rather than revamping the art direction entirely, the dev team focused on refining Mega Man Universe’s visual fidelity. They spent several weeks polishing textures, enhancing special effects, and creating a sense of “dimension” that was sorely lacking from the demo build. However, all of these changes had to take the controls into account.

"The demo build ran at 30fps, which made precision platforming difficult," recounts source #2. "It was decided that the game NEEDED to run at 60fps. No compromises. That's the expectation for Mega Man games. But there was a problem--"

"--the 'shuffle animation'," interjected a third source who also wished to remain anonymous. "Boot up any NES Mega Man game and turn the blue guy around. Left to right/right to left. Mega Man 'shuffles' on a dime, right? Not in Mega Man Universe. Inafune wanted the game to evoke a sense of near-realistic character movement. That was a problem because it brought the framerate down. So all these additional frames of animation had to be cut way, way down. They tried to go from 6 or 5 frames to 3 to 2."

As the dev team culled extra frames, the scope of the Mega Man Universe grew... 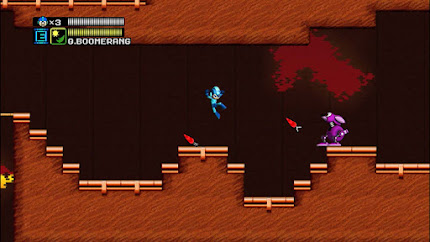 "Around fall 2010, it was decided that Universe would feature online two player co-op," said source #3. "The idea sounded great on paper. But at that point in production, the manpower needed to pull something like that off wasn't available. Internally, at least.”

To bring the online co-op to fruition, Inafune made the executive decision to hand Mega Man Universe over to an external party. After some deliberation, he inexplicably settled on a developer who had NO experience with home consoles and NO experience with online games/net code.

"It was very clear to me that Inafune wanted this game to be as cost effective as possible," said source #3. “There were other candidates more suited for the job. But that was his choice." (NOTE: for continued purposes of anonymity, the identity of this developer will not be disclosed. However, know that it was not Inti Creates.)

Source #2 added, "I do not want to speak for Inafune, but in a then-emerging era where you could push out patches for home console software, he may have presumed that, for any issues presented by this developer's inexperience, they could be patched post-release."

Outsourced development of Mega Man Universe limped onward. However, it wasn’t long before the consequences of choosing an inexperienced developer arose.

Roughly around that same time, Inafune announced he was leaving Capcom. Left with no director, Mega Man Universe's dev team had no choice but to pause production.

"My memory isn't perfect here," said source #1, "but the directorial role was not filled by a single person. [Akiko] Ito called the shots here and there, but it was a disorganized scramble. Work continued nevertheless." 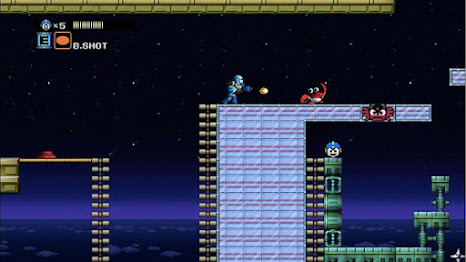 Faced with a major roadblock and the "Spring 2011" release window barreling down, the dev team opted to completely drop the troublesome multiplayer component. But it was too late.

"Production completely floundered," said source #2. "The outsourced developer, even with multiplayer gone, continued to struggle. They weren't a bad crew by any means. But they lacked the technical know-how to fully realize this increasingly-ambitious game. It was simply too tall an order."

Source #3 recalled seeing Mega Man Universe one final time before the end. He said, "I had a-go with an updated Xbox 360 build. Graphically, it was a bit more polished. You could tell the difference compared to the demo. Art style was the same. Performance-wise.... it was still very poor."

All three individuals I spoke to shared the same sentiment: Mega Man Universe was a great idea, but poorly executed. The scope of the project was too big for its allotted time and budget. The constraints brought on by poor project management did no favors, either. 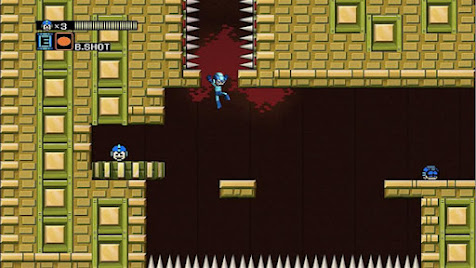 “I’ll say this,” began source #1. “If the game had a more capable external team, Mega Man Universe would have been a thing. I cannot guarantee it would have lived up to Inafune's dream entirely, but I'm confident it would have happened.”

“Years later, I still think MMU had something great for a moment,” said source #2. “Mega Man is perfect for a ‘Mario Maker’ type game. It’s such a good idea. I really hope Capcom will jump on it some day.”

Now, you would think this is where the Mega Man Universe's story ends. But there's a little "post credits" twist here. 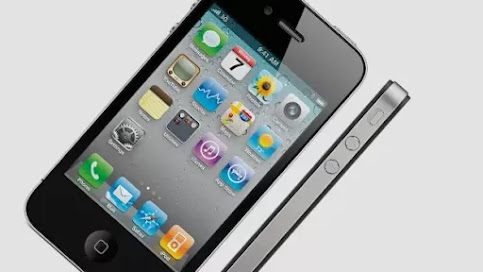 In February 2011, I had the opportunity to speak with members of the gaming press about, well, Mega Man Universe. It had been several months since we heard anything from the project. We began to wonder if it was delayed or, worse, cancelled.

Early into this little gathering, two reputable journalists confirmed that the game was still on track... but not for home consoles. After a “disastrous turn of events”, Capcom reportedly shifted development from PlayStation 3 and Xbox 360 to iPhone and iPad.

My notes from the gathering read: "Capcom are salvaging what remained of the project for a stripped down iOS version" and "title would forego 'stage builder' features; lean heavily into Mega Man 2 remake' aspect; basic character creator system intended to add value."

Now, this all sounded interesting, if not a little crazy. We weren’t shown any visual evidence to support these claims... just reputations to go on. So a few years later, I touched base with a fourth source to see if any of this was actually true.

According to source #4, the external developer Inafune chose was so technically challenged that an iOS version would not have been possible in their hands. However, an iOS port would likely have been handled in-house at Tokyo. To their knowledge, though, an iOS port wasn’t being worked on at the time. Mega Man Universe was pretty much dead... 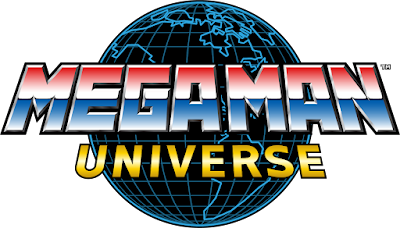 And that, my friends, is all there is to say. I may have additional lost Mega Man Universe history to share in the future (and before you ask, nope; I still can't re-publish the OST+art). But for now, I hope you have some semblance of closure. Personally, I don't think I'm quite there yet.

I cling to the hope that, one day, we'll find that NYCC/PAX demo code. For all its ups and downs, Mega Man Universe deserves to be preserved and studied just as much as Mega Man Legends 3. It's history.