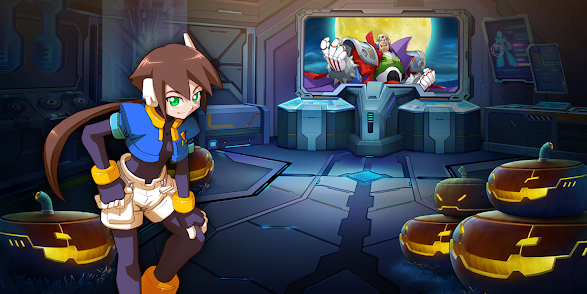 The global version of Mega Man X DiVE launched roughly two weeks ago. And while the team at NebulaJoy are seemingly working day and night to fix the numerous bugs the game has, their on-going, misleading ad campaign still needs to be "patched", so to speak.

So here we are again. NebulaJoy are leaking characters that have yet to be announced by Capcom Taiwan. 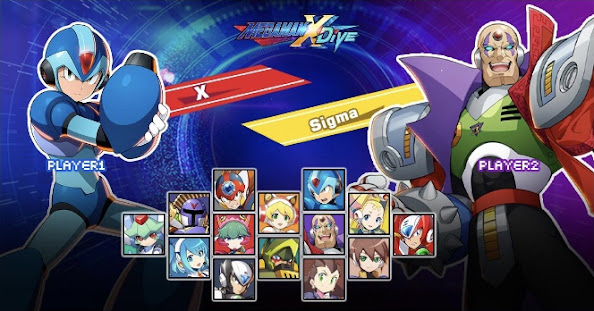 A bunch of new ads surfaced in the last few hours to promote Mega Man X DiVE. And to no one's surprise, they misrepresent the game's content and outright promote false information like character ranks. We discussed this topic a month ago.

But focal point this time is another set of character leaks. As you can see in the image above, Aile in her Rockman ZX Advent design can be seen below Pallette. The game has yet to receive Vent or any ZX Advent protagonists. This particular version of Aile, however, seems to be in the pipeline. 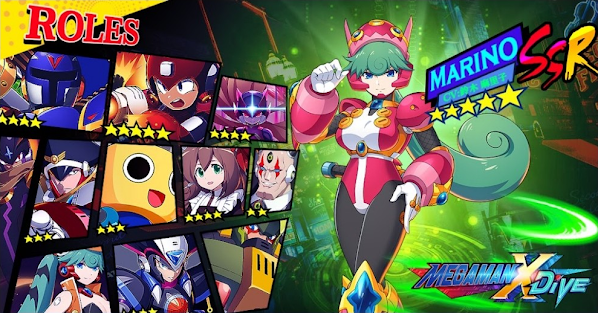 Next we have a new Sigma incarnation, pictured above Massimo. His forehead emblem has been replaced by an eye. You can see two horns protruding from the top of his head, too.

While there's no confirmation whatsoever, a design like this seems like a perfect fit for the next Halloween event right around the corner.

So, again, our story so far is Nana, ZXA Aile and a new Sigma have been unwittingly revealed by NebulaJoy's ad campaign. One would think that after the Nana "leak", Capcom Taiwan would pick up the phone and set things straight. But here we are.

If intentional, I think you can agree with me that this is a rather bizarre way to reveal characters... right?