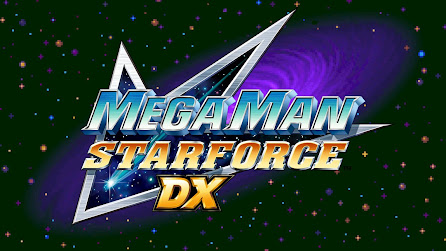 The Star Force mod scene made a big splash today with the release of the hotly-anticipated "Mega Man Star Force DX". This is a patch for Mega Man Star Force 1 (Pegasus) that both enhances and "modernizes" the game to make it more in-line with its successors. It features several QoL improvements that are sure to please longtime series fans, among other tweaks.

Some points of interest:

For the full list of changes, screenshots and, of course, the download link itself, head over to our friends at The Rockman EXE Zone! Do note that you need a North American copy of Mega Man Star Force Pegasus to use this mod.

If Star Force 1 wasn't your cup of tea, maybe this will do the trick!

Posted by Protodude at 1:20 PM