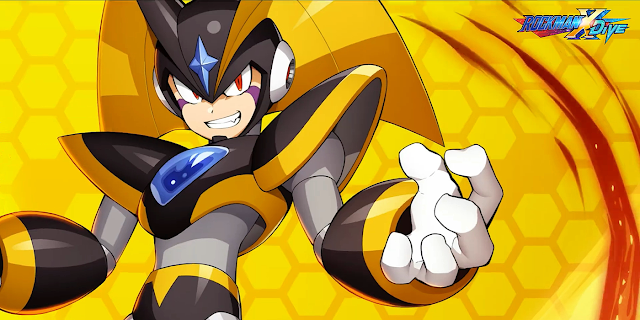 If we don't count Swimsuit Roll, it's been a long while since a new character from the Classic Series appeared in Rockman X DiVE. We would have to go back to May 2020 when Mega Man, Proto Man, Roll and Super Mega Man first dropped.

But now,the wait is over! A fan-favorite rival from the Classic Series joins the fray alongside a new version of Mega Man, too!

The trailer doesn't show Mega Man (Thunder Beam Ver.) in motion but as you can guess, the color scheme and the name are your giveaway. This form is based on Elec Man's special weapon, Thunder Beam, from the first game in the Classic Series. He can be obtained from the gacha and also as a free reward by playing the event "Special No. SWNo. 001".

When it comes to Bass, his first active skill is Charge Shot, which shoots an energy round to inflict damage. It can be charged for a more powerful shot.

Bass' second active skill is Booster Kick, a diagonal flying kick that causes damage to the target. You may remember this attack from the versus mode in Mega Man 7.

In terms of his passive skills, one of them will grant Bass a chance to cause the target to be unable to use a weapon. The other passive skill will grant him invulnerability status when he hits a target in invulnerable status themself. This has a low chance to activate the skill when you are attacked. 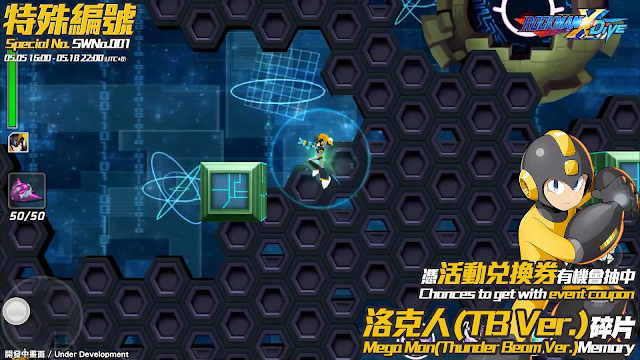 As you can see from the trailer, the gacha banner also bring the S Rank weapon Assault Rifle. What's most interesting, however, is the fact that Bass can be seen using an unannounced weapon at the end of the trailer. It resembles Mega Man ZX Advent's Bifrost the Crocoroid.

This seems to be the most important content updated for the next two weeks. Let us know your thoughts in the comments!