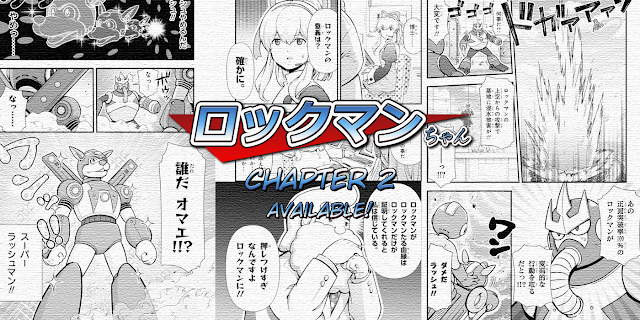 Of note, both manga are performing reasonably well on the Japanese charts. They're having to compete with Kumo desu ga, Nani ka?, Hariko no Otome and other heavy hitters from the Young Ace Up lineup. During the first week of release, Rockman-san and Rockman-chan (counted as one manga) the placed#6 at launch. They fell to #22 during the second week.

If an English and Spanish fan-translation become available at some point, we will report about them. Meanwhile, if you're behind, you can catch up with the first chapter translation of both manga here.