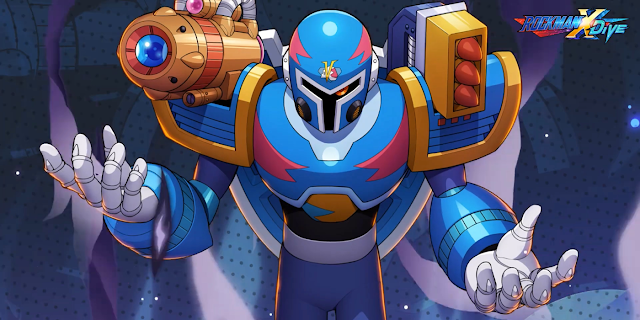 Look who's here! Vile MK-II was initially planned to appear much earlier in the game's development... but regular Vile got his spot instead. Now, he's been resurrected to join the cast of playable characters!

What's more, the Raid Boss mode is back this week along with "Sigma Virus" from Mega Man X2.

His second active skill is Flame Round which shoots a flame round with a knee cannon to inflict damage. One of the skill cards will "increase the range of the fire pillar dramatically and cause it to rebound when hitting barriers".

When it comes to his passive skills, one of them will let him stack defense status up to six times.

The banner goes live this Wednesday through May 26 and comes with the launcher Absolute Freeze too.
The fifth Raid Boss is here and this time the main rewards are memories of Ultimate Armor X (CM) and the Aqua Buster. What's more, Vile MK-II and Second Armor X will deal +40% damage while Zero, Bass (Classic) and the Assault Rifle are upped to +20%  damage.
Let us know what you think in the comments!
Posted by Reploid21XX at 12:07 PM