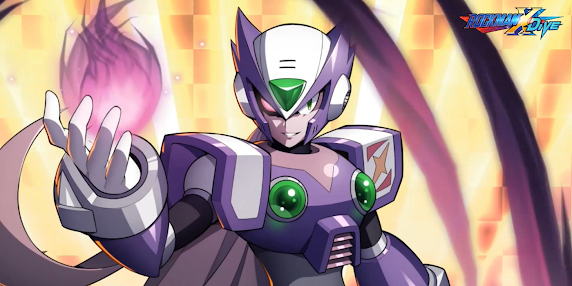 It's close to the end of the month and that means i's time for Rockman X DiVE's DiVE Festival. The character this time is "Zero Nightmare". You can find the trailer after the break!

His first active skill is Buster Attack which shoots multiple energy bullets in a row. One of the skill cards will increase the number of bullets for running fire.
Zero Nightmare's second active skill is Genmu Zero Kai. It launches a gigantic energy blade dealing damage to all enemies along its path. One of the skills cards will allow him to use Genmu Zero Kai repeatedly with a cooldown period of 16 seconds.
Lastly, one of his passive skills will allow him to gain invulnerability when using an active skill that can be triggered one more time after a 4 seconds cooldown.

As an anecdote, the first trailer Capcom Taiwan uploaded (you can see it here) had the wrong icons for Zero Nightmare's skills. Awakened Zero's Genmu Zero and Roll Caskett's Throw Wrench skill icons were incorrectly shown. On top of that, the icon below the character health bar is not Zero Nightmare's icon but Awakened Zero. The later was not fixed in the "corrected" trailer.
But that's not all! One of his passive skills was changed from one trailer to another. "Invincibility while dashing" was changed for "invincibility while using any of his two active skills".
Deep Log error, they say!
The 12th DiVE Festival starts this Wednesday through June 2nd. Let us know what you think of the new addition to the game roster in the comments!
Posted by Reploid21XX at 5:39 PM