Capcom to Close Off 30th Anniversary With "Rockman Goods Festa" 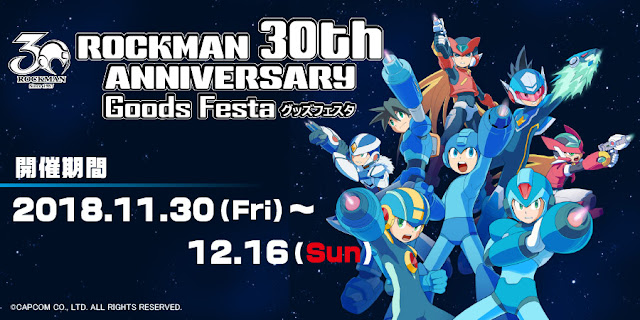 Rockman's 30th anniversary is winding down and Capcom intend to close it off in style. The house that built the blue bomber has announced the "Rockman 30th Anniversay Goods Festa", an event planned to take place in 13 different stores across Japan and the Hanayashiki Park (where Rockman Unite Final is happening).

At the Good Festa, fans can buy new and exclusive Rockman items and visit a mini museum with artwork from the entire franchise. There's even some unseen material from Rockman 11. The mini museum will reportedly be different in each shop so it's recommendable to visit as many stores as possible!

More information and images of the items on sale after the break! 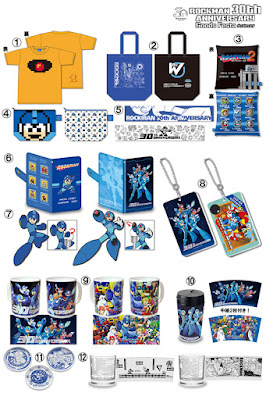 
More items will be revealed soon! 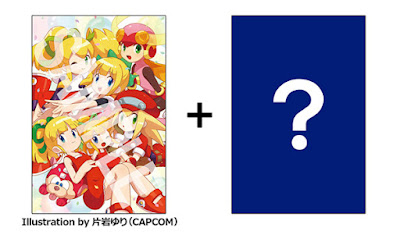 Costumers that purchase goods worth over 2,000 yen will receive a two postcard set. The first card is a new version of the popular Roll artwork (illustrated Yuri Kataiwa) that was originally used to for a jigsaw puzzle back in 2011. The second postcard has yet to be revealed, but it will be  drawn by Tatsuya Yoshikawa. 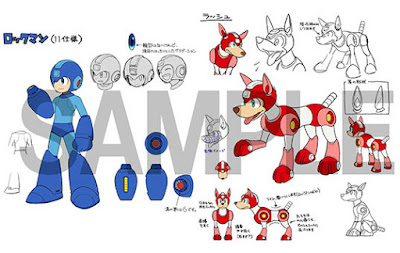 The event will kick off on November 30th, ending on December 16th. More details here.
Posted by Reploid21XX at 9:57 PM