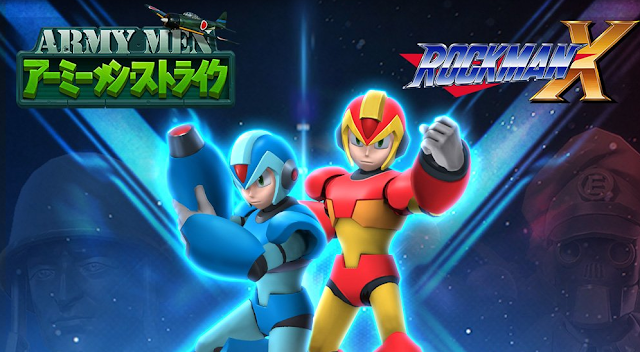 Starting today and lasting through December 14th, players can collect fragments to build a toy solider version of X. Once all pieces are found (or bought from the in-game store), you can recruit X as an officer to join you on the battlefield. A special, rare variant dubbed "Firewave X" can also be assembled.

Although Army Men Strike is available in most regions, this collaboration has only been confirmed for Japan. I'll keep ya posted should anything change.

Source: 4Gamer
Posted by Protodude at 9:18 AM