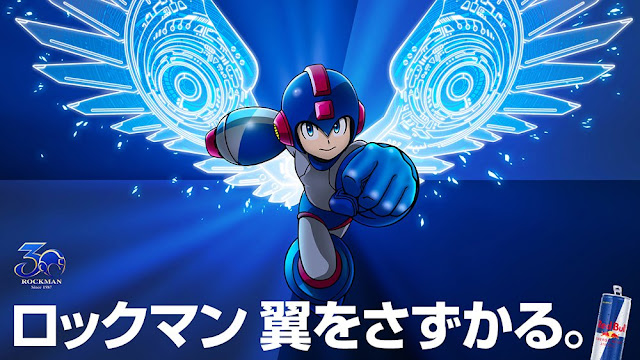 Capcom and Red Bull Crashed Ice Yokohama have announced a special Rockman 11 collaboration to commemorate the franchise's 30th anniversary. I mean, excuse me? 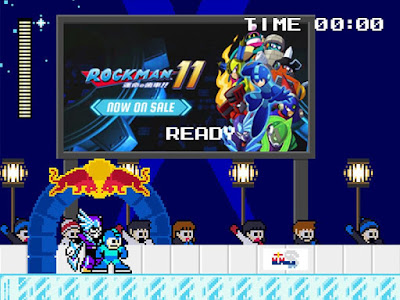 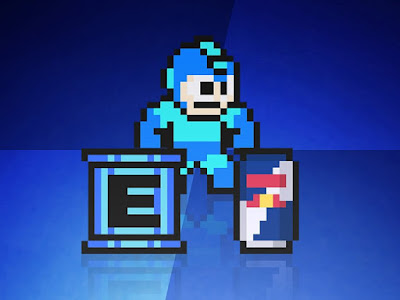 So yeah; this is a thing.

The collaboration includes a special website which introduces fans to "Red Bull Rockman" – a souped-up, Red Bull powered version of the Blue Bomber. What's more, the website includes an exclusive 8-bit mini-game, which challenges you to to an ice skating race against the one and only Tundra Man. As you race, you can pick up cans of Red Bull to turn into Red Bull Rockman for a short period of time. When transformed, Rockman is invulnerable to enemies and stage hazards. You move quicker, too!

Players with the best times are entered into a drawing to win special Rockman 11 and Crashed Ice swag (Japan-only). Also, if you manage to beat Tundra Man something neat happens. Beware – you might not be able to beat this challenge! ;^)

Anyway, this collab is so out there and pretty hilarious for some reason. It feels like Rockman is more of a "concept" here. Like, "If he drinks a Red Bull this is the outfit + special weapon he gets (wings).". I dunno. Hey, at least we got an official 8-bit Tundra Man sprite out of it!

If you've got a couple minutes to kill, give it a spin here!
Posted by Protodude at 11:21 PM