New Episodes of "The Fully Charged Podcast" Are Here 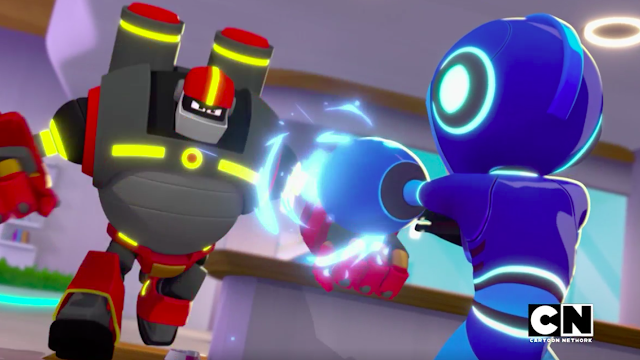 The Fully Charged Podcast, my crossover show with The Mega Man Network's LBD "Nytetrayn", is back in action! It took us some time but we're finally caught up to where the Cartoon Network app left off. You can listen to Episodes 14~16 here, Episodes 17 & 18 here, and Episodes 19 & 20 here! (the latter covers the exceptional "Lightfall" episodes)

With that out of the way, we have a question for our listeners. Both Mega Man Fully Charged and The Fully Charged Podcast are indeed poised to continue. However, we're facing a bit of a "viewing" quandary. In Canada, LBD is able to watch NEW Fully Charged episodes on Family CHRGD. Here in the states, however, the Cartoon Network app has stopped adding new episodes.

So here's your question (as worded by LBD): "do you want us to figure something out (which we already have, so no suggestions needed) so that we more closely follow the Canadian airing of new episodes (meaning we’d have some catching up to do)? Or would you rather we find something else to do in the meantime, and post our new episodes relating to the new cartoon episodes after they air in the States?"

The tl;dr: Do you want us to record new episodes as additional Fully Charged episodes air in Canada, or stick and wait for the U.S to catch up?

So yeah, you can let us know in the comments or one of our many social media profiles we promote at the end of each podcast. We look forward to hearing from you!
Posted by Protodude at 5:40 PM