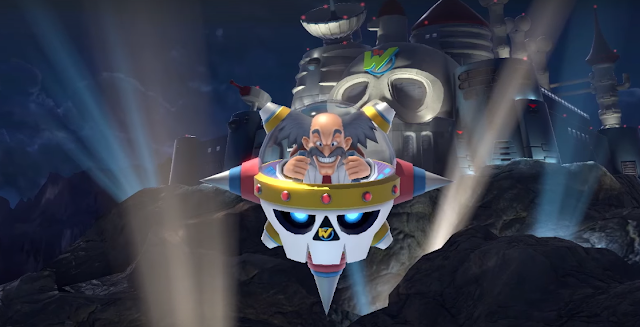 Among the myriad of announcements in today's Super Smash Bros. Ultimate Direct, Dr. Wily, the mad genius himself, will be making an in-game appearance in the form of an assist trophy! He cruises around in the Wily Capsule from Mega Man 7 and, if defeated, he busts out a trademark grovel.


A bunch of Mega Man content is coming to the game in the form of new music and "Spirits". Check it out:


You can check out all the latest Super Smash Bros. Ultimate news in the video below! (11:05 for Guts Man Spirit footage with the new remix and 23:26 for the Wily Capsule assist trophy footage with "We're the Robots" remix):