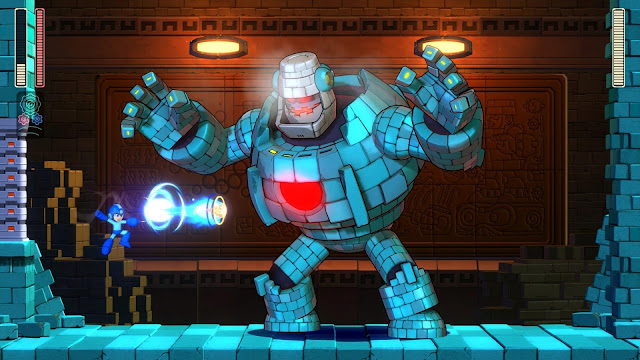 DSOGaming reports that the PC version of Mega Man 11 version is now 100% Denuvo-free. The controversial anti-tamper technology was removed from Mega Man 11 earlier this week in response to the game being cracked by CODEX.

In the PC gaming community, Denuvo is largely scrutinized for anti-consumer practices and a myriad of performance issues. Yet despite complaints, publishers continue to turn to Denuvo to deter piracy. This in turn fuels the cracking scene to, well, get crackin'. At that point there really is no reason to keep Denuvo implementation around, so it's removed.

If Denuvo was keeping you from picking up Mega Man 11 on PC, there's no time like the present to snag it up! And look at that – it's 20% off for Black Friday!

Source: DSOGaming
Posted by Protodude at 11:10 AM