Proto Man Costume In Dead Rising 2: Off the Record

The original Dead Rising featured a full-fledged Mega Man X costume (complete with Mega Buster) that pretty much sold the game to Mega Man fans. Today, Capcom gives us another reason to pick up the recently released Dead Rising 2: Off the Record... Proto Man. 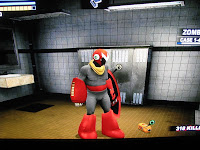 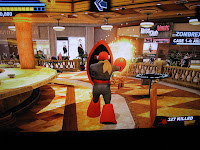 That's right, there's a Proto Man costume in the game. After collecting a specific set of items, the suit becomes fully available, allowing players not only the ability to look absolutely awesome but also take advantage of the red rocker's Proto Buster!

So how does one go about disguising a mild-mannered photographer into the heroic DLN-000? Look no further than GameFaqs:
Oh, look! We have some footage as well. Vaporizing zombies never looked so good.