Those of you who have been following the news on Ultimate Marvel vs. Capcom 3 should already be aware that the cast is receiving a slew of new costumes and alternate colors. Among the ranks of Capcom’s heroes to get a new splash of paint is none other than Zero, whose latest duds are oozing with fanservice. 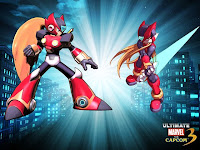 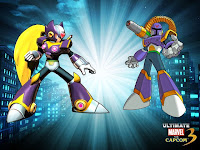 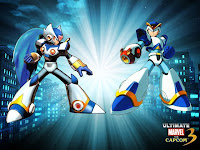 For those not in the know, the presence of alternate colors help distinguish between players who've chosen the same character -- a staple of the fighting game genre since, well, forever. Mind you, these palette swaps do not alter the character's abilities. It's all for show.

You can read some additional commentary on each new outfit over at GameSpot.

Update: Oh, this made me chuckle. A new video has surfaced highlighting Zero's UMvC3 tweaks. At approximately 2:24 in you'll find a little jab at X's MvC3 exclusion. "If X were here, he would have tried to talk things out first," boasts a victorious Zero. "Unfortunately for you, X isn't here." Ohoho... ouch.

Thanks to Tyler for pointing that one out!