A handful of new images has surfaced for Bandai's forthcoming Rockman X "Comic Version" D-Arts. Bloodied and battered, this is one figure you don't want to miss... 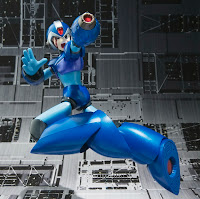 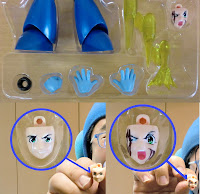 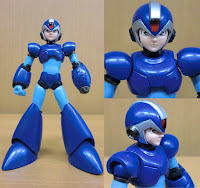 More images here!
A fine representation of Yoshihiro Iwamoto’s Rockman X design if there ever was one, Bandai has done a remarkable job at capturing the brutality exhibited in the source material. And I want it!
For the time being, the figure is exclusive to Japan, due to be distributed at Bandai's Tamashii Nation 2011 event in Akihabara this November. From the looks of it, accessories include interchangeable face plates, battle damaged X-Buster with optional shot effects, and an assortment of different hands. The body, itself, boasts a fresh coat of paint meant to capture the essence of Iwamoto’s interpretation of the character.
The figure will fetch for 3500 yen or roughly $45.98. Importing shouldn't be a problem, but since it's being touted as an event-exclusive, supply on the secondhand market might be low. I haven't had the time to speak with our Bandai guy in terms of localization yet; will be getting on that ASAP. Fingers crossed!
Source: Rockman Unity
Posted by Protodude at 2:52 AM