Why Mega Man Isn't In Ultimate Marvel Vs. Capcom 3 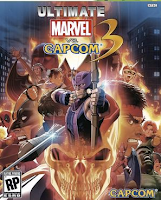 If Legends 3's cancellation wasn't bad enough, the past day also brought bad news for fans in the form of Mega Man's absence in Ultimate Marvel Vs. Capcom 3. A little over a day ago, the entire 12 character roster was leaked, and the blue boy was nowhere to be scene. The decision bewildered everyone, adding mere salt to the wound ruptured by Mega Man Legends 3.

Siliconera, in an effort to learn why Mega Man wasn't invited to the brawl, sought out UMvC3 producer Ryota Niitsuma for comment:

"I’m sorry, there is no Mega Man in Ultimate," Niitsuma apologized. "We had a lot of requests from fans for Mega Man or at least one of them to be in the game. Out of all of the requests we got for Capcom characters, he just didn’t enter the top part of the ranking. Unfortunately, he didn’t make the cut."

I'm a bit puzzled by Niitsuma's last remark, "he just didn't enter the top part of the ranking." Oh, yes he did. If you may recall, Mega Man X topped the fan community-driven DLC poll, clocking in at #1 on Capcom's turf. Curiously, Capcom chose to include the second and third most demanded characters, Phoenix Wright and Strider Hiryu respectively, all the while dismissing X.

I honestly have no clue where to stand on this. This whole week has been littered with disappointment after disappointment. It's just non-stop. The worst part of all? Nothing makes sense. No one has stepped up to the plate to rectify the problems at hand -- no one, yet, has given us a satisfying and concrete explanation behind anything.
I dunno. Maybe we'll get some sort of good news during Capcom's panel tomorrow.
Posted by Protodude at 4:57 PM