Capcom Continues To Push For Mega Man Legends On PSN 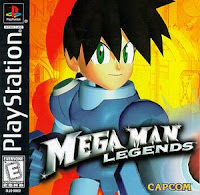 It's been about a year since we learned of the legality hurdles preventing a PlayStation Network re-release of Mega Man Legends. After a year of silence and no sign of the game showing up any time soon, Capcom has come through with a status update.

Over at the Capcom Unity forums, Christian Svensson offered this brief, yet hopeful statement: "They are indeed taking longer than we'd hoped but we're still working them", referring to Mega Man Legends and Breath of Fire 3 and 4. So it isn't a lost cause after all, but it's taking them a while.

Still, what's the big holdup? Copyright issues with the original voice actors, apparently. Because digital video game distribution wasn't anticipated back in 1998, the rights to re-supply their voice work for a digital release of MML might not have been included in their original contracts. Thus Capcom would need the voice actors' consent to use re-use their voices again; a hurdle in and of itself.

If worse comes to worst and they cannot secure the rights to the dialogue, I imagine they'll either remove the voice acting altogether (consequently adding subtitles to sequences which had voiced dialogue only), or hire new VAs and re-record all the dialogue from scratch. However, in the case of the latter, it would no longer be cost effective because that measure would end up costing Capcom more money then they'd possibly make back on the re-release. A sticky situation indeed.

Nevertheless, I'm confident they'll pull through. Capcom's gone to great lengths to bypass legal hurdles before (Tatsunoko vs. Capcom, anyone?) and can most certainly do it again.
Posted by Protodude at 12:54 PM