Rockman EXE fans continue to eat well with the unveiling of a second crossover event with mobile game Medarot S. As the successor to last year's event, fans of both series will be treated to even more EXE-based Medarot characters and a couple surprises. 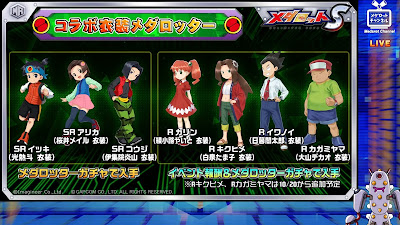 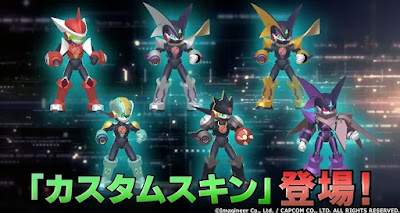 New to the second crossover will be the addition of EXE-inspired costumes for the human Medarot cast. Ikki (Netto Hikari), Arika (Meiru), Koji (Enzan), Karin (Yaito), Kikuhime (Tamako), Iwanoi (Yamitaro) and Kagamiyama (Dekao). These costumes can be obtained by exchanging different items throughout the duration of the event.

Special skins based on different Souls and Cross Fusions will be available for Medarots as well.

The event begins in a couple days - October 13th!

Posted by Protodude at 9:00 AM