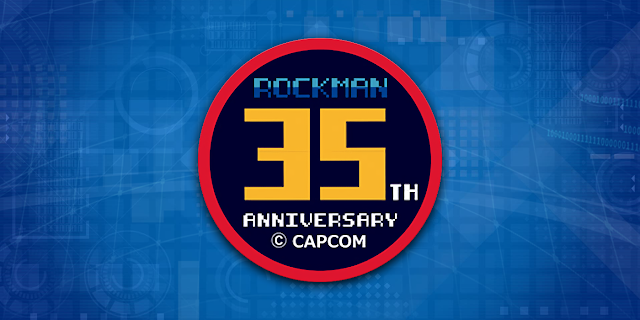 We are quickly approaching the Mega Man series' 35th anniversary (December 17, 2022). And today marks the beginning of - what we hope will be - a noteworthy celebration with the unveiling of the anniversary logo and first collaborative product. 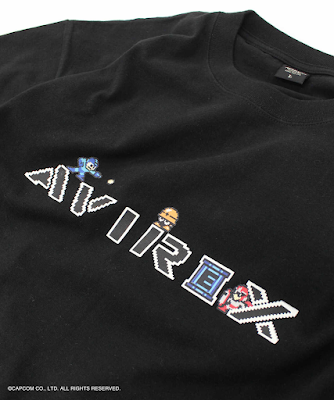 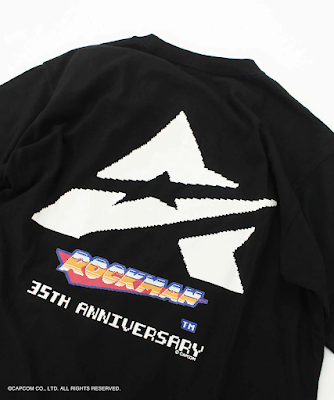 The 35th Anniversary collaborations kick off with a commemorative T-Shirt by military clothing brand "AVIREX". They're also selling a tee to commemorate Street Fighter's 35th anniversary too.
The shirt is scheduled to be released this winter for 6,490 Yen (roughly $45 or 45€) and will be available in multiple sizes, from M to 2XL and in black or white color. The overall design is retro themed, sporting sprites of Mega Man, Proto Man, an E-Tank and a Mettaur on the front. The back is decorated with an 8-bit rendition of the AVIREX logo and the Rockman 35th Anniversary logo.
Although the shirt is sold from a Japanese online store, they offer international shipping. Hit this link if you wish to preorder!

Next we have the Rockman 35th Anniversary logo itself, which is featured in one of the store banners. Capcom opted for a retro, minimalist design this time. It's quite the contrast from what they did for the 30th Anniversary.
Bellow you can check all the anniversary logos to compare. Let us know what you think in the comments!