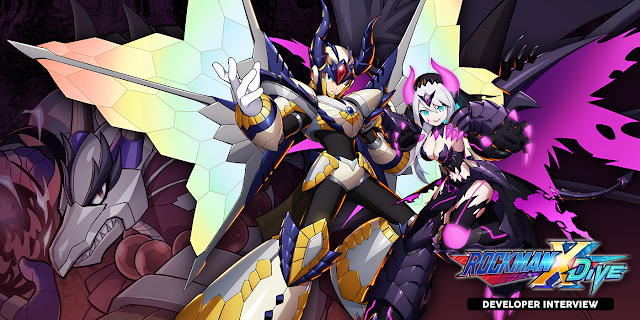 Once again, 4gamer is giving us a look behind the scenes of the newest Rockman X DiVE and Monster Hunter Rise collaboration. It includes a lengthy interview with the development team about the creation of the event, never before seen concept art, and even a tease at what's in store for the the "DiVE Armor" series. 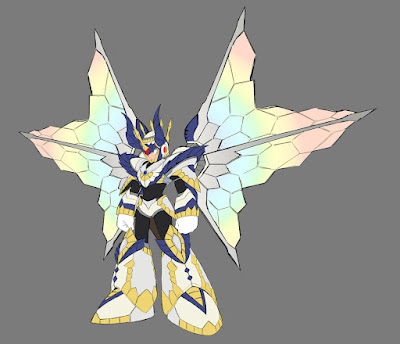 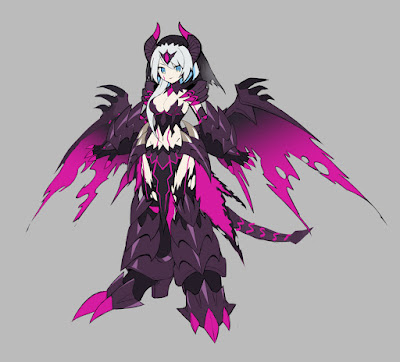 How was the response to the previous Monster Hunter Rise collaborations?

We received a great response from fans of the Rockman series as well as new users who discovered XDiVE through our previous collaborations.

In particular, the first collaboration with Monster Hunter Rise brought the two hunters (characters) directly into the XDiVE world, but we have the impression that the new concept of "Rockman and co. wearing MH-style armor" in the second and later installments has been better received.

We have received feedback that a new type of Rockman has been born and that the new designs of the collab armors are cool. 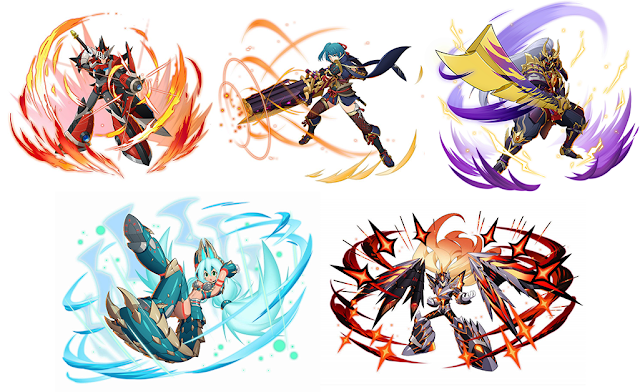 And next up is a collaboration with Monster Hunter Rise: Sunbreak. When was this decided upon?

This is the third Monster Hunter Rise collaboration with XDiVE, but in fact we started working with the other team before Monster Rise: Sun Break was released, which was about six months ago, counting from September. Both the first and second installments were well received, so we proposed ahead of time that we would definitely like to do it for Monster Hunter Rise: Sunbreak as well (laughs).

Even if we are simply talking about the construction period, the planning and development of previous collaboration contents took several months, and the longer the preparation period, the better it was for the Monster Hunter Rise: Sunbreak team to clear (very strict!) checks, such as supervising the collaboration designs.

The Monster Hunter Rise collaboration in XDiVE is a kind of fusion of the designers of the two products, who could have been going at each other, going deep into each other's designs (laughs).

The fruits of this collaboration are X and iCO. What made you choose them as the collab characters?

We had decided to select a total of two collab characters and to create a character-monster combination in which the two characters would be paired with each other. It would be like Crimson Valstrax Zero and Zinogre Iris in the second installment.

However, while in the previous game we had "paired characters from the Rockman side," this time we decided to "pair monsters from the Monster Hunter Rise: Sunbreak side," and "Shagaru Magala" and "Gore Magala" came up as candidates as beings of darkness and light with conflicting images. 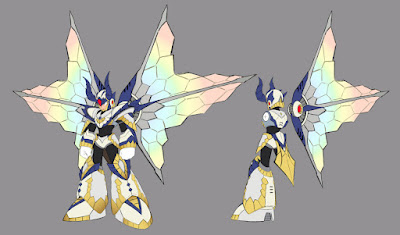 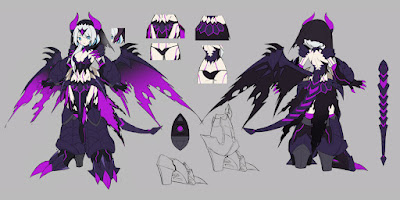 So you decided on the monsters first. How was X chosen from there?

First of all, we selected Gore Magala because we thought that iCO, the subject of our collaboration, is a girl who does not show her emotions very much, and she fits perfectly with the setting in which she goes mad with Gore Magala's power, smiles fearlessly, and meets a completely different impression of herself from the one she has had up to now.

On the other hand, X is a collaboration target of Monster Hunter Rise for the second time, and he was chosen because he is the hero of light in Rockman X. He is a being that repeatedly grows and evolves, just as Gore Magara sublimated into Shagaru Magala, which really fit the impression of the main character.

You may think that we have thought a lot about this, but our greatest desire was to see X's new armor, with its huge pure white wings and manly horns! (laughs).

As an introduction to each character, please start with the "X Arc Armor" of Shagaru Magala & X. 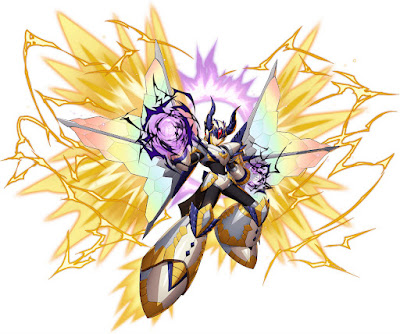 It is characterized by large, rainbow-colored wing parts on its back, and both hands emit a weird purple aura like the breath of Shagaru Magala. Both horns extend toward the top from the temples, and we made many adjustments to this collab armor so that it would have the divine and heroic appearance of a Heavenly Revolving Dragon.

First of all, it has a very unusual vibe. What were some of the design aspects that you were concerned about?

We made adjustments to the armor with one goal in mind: to make the most of the charm and elements of Shagaru Magala.

The wings and horns are the first things that caught our attention, but we had a hard time making them look like new armor for Rockman X, while giving them a strong impact. Especially the helmet. X's helmet does not cover the chin, which is a characteristic of Zero's helmet, but this time, in consideration of the balance between the wings and horns, we went all out and covered the chin. Finally, the red crystal on the forehead, which is a characteristic of X's, makes it look all the better, and we think were able to express a divine vibe.

You also took on the challenge of painting over what came before.

What we would also like you to see is that X is not equipped with a buster in the standing illustration. Instead of holding the buster as usual, he is now at the ready with the Frenzy Aura that spills out of Shagaru Magala in both hands. Both the 3D model and the 2D illustration look cool from every angle, so take a look!

On the other hand, what about the character's gameplay abilities?

This is an extremely powerful character with homing long-range and wide-range attacks. His impression is similar to that of "X Second Armor," but with the combined power of Shagaru Magala, he is even more ferocious.

His passive skill allows him to deploy a shield when attacked, put opponents in an uncontrolled state, and even inflict additional damage, making him a unique character in that he has excellent defensive performance while being loaded with plenty of damage sources.

Next, we would also like to ask about "Gore iCO," which is Gore Magala combined with iCO. 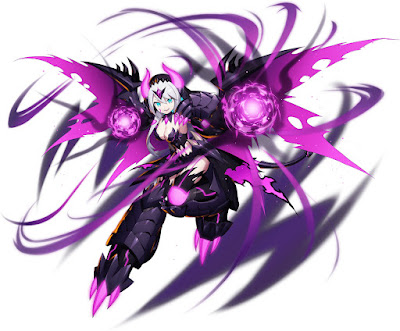 Gore iCO is a new form of iCO that wears armor that contains the power of "Gore Magala, the Black Eclipse Wyvern". Like Shagaru Magala, equipment made from Gore Magala is called "Gore series equipment" in the Monster Hunter series, so we named it "Gore iCO" as well.

The first thing we want you to see is the expression on iCO's face. Her fearless smile, as if intoxicated by Gore Magala's frenzy dragon power, expresses her euphoria over experiencing an unknown force, as someone who was born in the cyber world "Deep Log". In terms of emotion, we tried to visualize the sensation of a person who, although they are perfectly calm, cannot help but smile at themselves for being too strong.

It conveys sexiness and severity to the fullest. What were the key design considerations for this design as well?

Our goal was to have iCO in a new armor, so we sought to combine the bewitching shell of Gore Magala with the charm of iCO, and to create a design that would resemble the armor of Rockman X.

The "Black Eclipse Wyvern" Gore Magala was an attempt to made an armor including the wing parts that resemble an ominous cloak, and the giant claws that capture prey that are equipped on the feet and top of the shoulders.

What about the gameplay abilities?

She has a powerful long-range energy projectile with homing capabilities and a thrust attack that disables the opponent, making her a super-aggressive character that attacks her prey regardless of distance, just like Gore Magala.

The character's abilities also reflects her vicious image, as she can cancel invincibility, inflict damage, and shield herself when attacked, all in an effort to hunt her prey no matter what.

Both monsters are bosses at the end of the Monster Hunter series, and both X and iCO give off that vibe. Also, we hear that a collaboration stage has been built again this time.

This time, we will be offering a Rockman X-ized quest stage modeled after the "Citadel Plateau" that appeared in Monster Hunter Rise: Sunbreak.

We hope that you will actually play this stage and experience the world of Monster Hunter Rise: Sunbreak, which can only be experienced in XDiVE!

Is it possible to control the mid-boss?

One of the new features of Monster Hunter Rise is "Wyvern Riding" which allows you to control a monster, and we tried to reproduce it in this collaboration.

This system is similar to the "Ride Armor" system in Rockman X. When the Tigrex-like "REX-2000" is controlled through a certain number of attacks, the next Volvidon-like red-armored Mettaur G can be challenged while riding on the REX-2000. We wanted to respect not only the lore, but also the system, so we pooled our wisdom and worked together to polish it all to a mirror shine.

And as the boss of the collab stage, "Silver Duke Dwelling Dragoon," which combines Malzeno and Magma Dragoon, will appear. 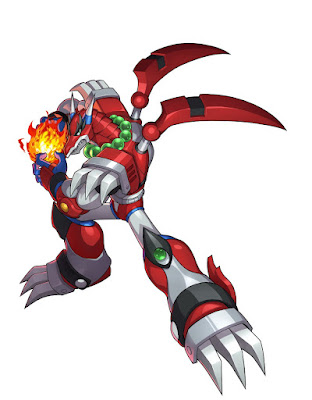 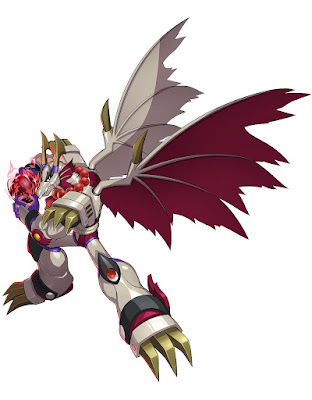 Magma Dragoon contains the data of Silver Duke Dragon Malzeno, the signature monster of Monster Hunter Rise: Sunbreak, and the "Silver Duke Dwelling Dragoon" is the entity that contains the power of Malzeno.

As a boss, you need to be careful of the red, horrifying symbiote "Curia" that clings around you and the "Bloodening State" attacks. He will unleash attack actions that have never been seen before in Magma Dragoon, so we hope that players will fight him and experience his strength. 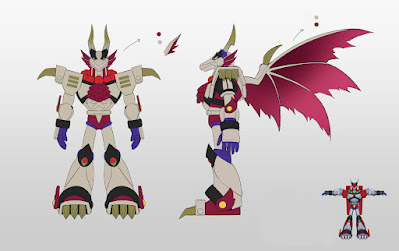 What about the collaborative DiVE cards?

The DiVE Cards are the hunters and instructors you will meet at the new base "Elgado" in Monster Hunter Rise: Sunbreak, including The Quest Damsel Chichae, Admiral Galleus, and The Scientist Bahari.

Each card has a powerful effect based on the impressions of each character, so even if this is your first experience with both series, we hope you will enjoy playing the game while thinking about the characters through the cards' abilities.

Finally, can you give us any comments on future collaborations or anniversary measures for the app that might raise the expectations of fans?

Actually, we are already preparing a new collab!

Like the Monster Hunter Rise: Sunbreak collab, we would like to provide players with special opportunities to meet characters that are unique to the XDiVE world and can only be found through these collaborations. In addition to collabs, we will continue to develop characters, weapons, and DiVE cards for the "DiVE Armor" series.

The interview basically confirms they are working on new "DiVE Armor" characters and for the first time weapons and cards too. With DiVE Armor X, Zero and Axl already in the game, what's next? Another protagonist from the other Rockman Series or maybe the next in line to wear a "DiVE Armor" is one of the original XDIVE characters?

The last time we got a tease like this was during Mizuno's interview about DiVE Armor Zero design and a few weeks later, DiVE Armor Axl was released. We may not be that far from the next "DiVE Armor" character, look forward to it!