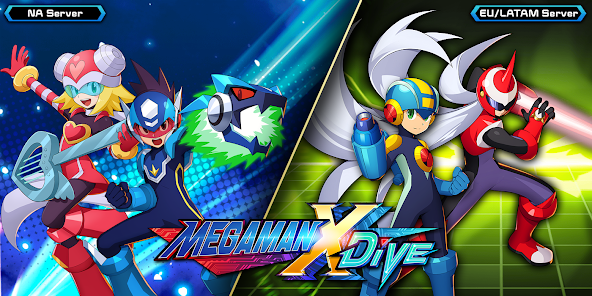 Following the April Fools' Day event (which came with a surprising free daily 10-pull), the global version of Mega Man X DiVE will receive the Mega Man Star Force event "Bonds That Can't Be Severed" for the NA server next week. The event features the A rank character "Star Force Mega Man", who can be obtained by playing the event. What's more, S rank character "Harp Note" will be made available through the gacha capsule.

When it comes to the LATAM/EU servers, after getting Bass.EXE early, the Battle Network event "Network Guardian" jacks in to the Deep Log this week. It will finally allow players to get ProtoMan.EXE —one of the best PVP characters. Players can get also MegaMan.EXE for free, too, simply by playing the event stage. 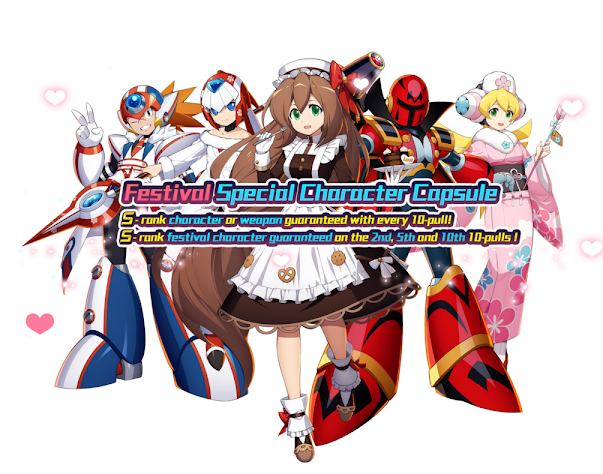 The NA server will be getting a new "Festive Special Character" capsule. The capsule can only be activated with paid EM, the first 10-pull cost 500 paid EM and the rest will cost 1000 paid EM.
The 2nd, 5th and 10th 10-pull will yield a guaranteed Festive Character and every 10-pull guarantees at least a S rank Weapon or character. Additionally, every Festive Character will give 40 extra memories (not displayed in the image above).

Lastly, NebulaJoy are running a "Mega Meme" contest on social media. The top 3 entries will get some previous EM. If you want to participate, follow this link. The contest ends on April 6th.