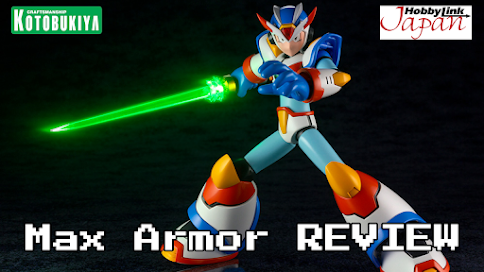 Originally released in December 2019, Kotobukiya's Mega Man X Max Armor (otherwise known as the Third Armor) kit has finally been re-released. But has it stood the test of time? Is it worth getting today? Join me after the break to find out what makes this kit so great.

Visually speaking, the Third Armor has always been my favorite; from the first time I saw it on the cover of Mega Man X3, I fell in love. So when Kotobukiya announced that the first armor they were doing was this one, I was instantly excited. The likeness to the source material is absolutely incredible and the attention to detail is basically unmatched. This design has never looked so good in hand! 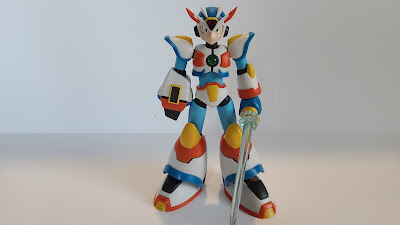 Every detail on the armor is present with the colors being separated by different parts. The "underwear" part comes pre-painted too so you don't have to worry about that detail. There are some parts in the armor that should be black but aren't. For example, the lines on the sides and the back -- it still looks fine as-is, but if you have a fine paint pen or a black Gundam Marker, you can add the detail in for a little extra pop!

The accessories included are a neutral face, a shouting face (facing forward), a grimacing face meant to emulate the main art of the Third Armor from the original game, the usual set of hands (now in berry blue!), a Buster, a Z-Saber, and new hands to hold the Z-Saber. 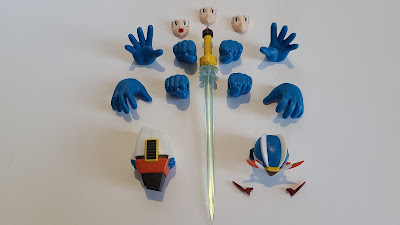 Including the Z-Saber was a brilliant move; it definitely comes to mind when I think of the Third Armor. The saber blade is more clear than the one that came with Zero. It's clear because you're able to insert a special green light (not included) into the handle to make it glow green. It seems like a really neat effect. Unfortunately, I was not able to test this out myself. 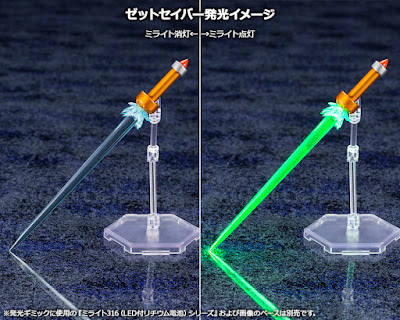 While the saber is a home-run, the one place this kit drops the ball is helmet fins. They connect so strangely and tend to fall out easily.

However, once you get them in place, they should be fine if you don't bump them directly or shake the kit around. Kotobukiya did include two different fin colors, though: one set where the color matches the red on the rest of the armor, and another set that's the same clear color as the head gem. This does give a decent amount of variety, allowing you to choose which look you prefer.

While we are talking about issues with the kit, like the normal X and the Premium Charge Ver. X, the Third Armor uses the older style arms. This isn't a bad thing per-se, but it is something to be aware of. With this particular kit, I personally haven't had an issue with the arms being too tight. So maybe the re-release has a very slight re-tooling.

Another spot of contention is how the ankles connect. Personally, I have not had problems with it, but I have heard stories of them not staying connected well. If this happens to you, you simply have to pop the foot back into place. 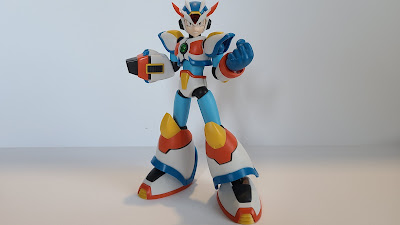 Now, are these issues deal-breakers? Of course not. I love this kit a lot but I couldn't leave out these potential gripes. Overall, this kit is still excellent and looks exactly like you'd imagine the Third Armor to.
If you haven't added this kit to your collection, now is the chance. Pick it up here and let them know that we at Rockman Corner sent ya. And yes, as usual, this kit is compatible with the other kits in the line, so get out there and use your sense and skill to create your perfect armor! 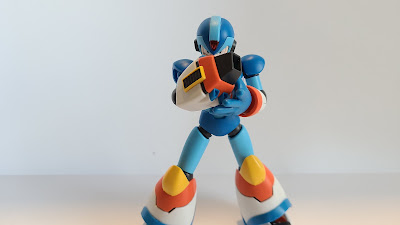 If you haven't started your Kotobukiya Mega Man X collection yet, this is the perfect time to start. Almost every previous kit is currently available thanks to the re-issues. And with the upcoming Kotobukiya presentation, it looks like we will have more kits to add to the line sooner than we thought.

Check out the video below the links to see some more poses!