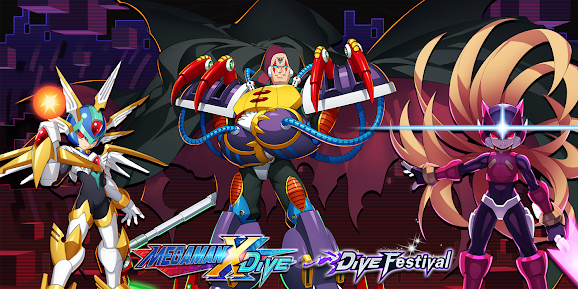 This week, the global version of Mega Man X DiVE celebrates a new DiVE Festival across all servers. A new round in the Raid Boss event drops on every server, too.

First, when it comes to the DiVE Festival itself, the NA server sees the arrival of Sigma (X4 2nd Form), the LATAM server will receive Copy X and the EU server will get Omega.
As is customary for the global version, the DiVE Festival capsule comes packed with a single free 10-pull.
Next, all servers will receive a new round of the Raid Boss event. The NA server will advance to third round where they will be fighting X4 Sigma (3rd Form) with memories of Super Mega Man and the launcher Napalm's Head as the main reward.
When it comes to the LATAM/EU servers, they will be fighting Phantom Sigma/Sigma (X4 1st Form) in the second round of the event. The main rewards are memories of Proto Man and the Demon Blade Muramasa saber. 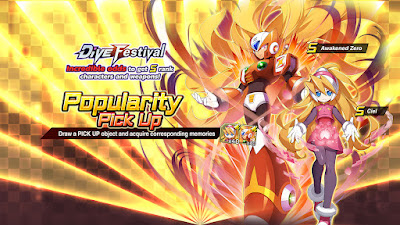 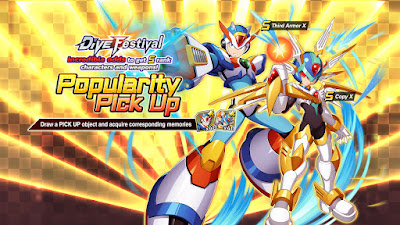 In addition to Sigma's (X4 2nd Form) capsule, the NA Server is getting two DiVE Festival Popularity Pick Up capsules featuring Awakened Zero with Ciel and Third Armor X with Copy X.
Players will get two tickets via login rewards to activate these capsules without spending their precious EM. They can distribute the tickets as they please. Use both tickets in just one capsule or spread them between both capsules.
The choice is yours!
Posted by Reploid21XX at 8:01 PM