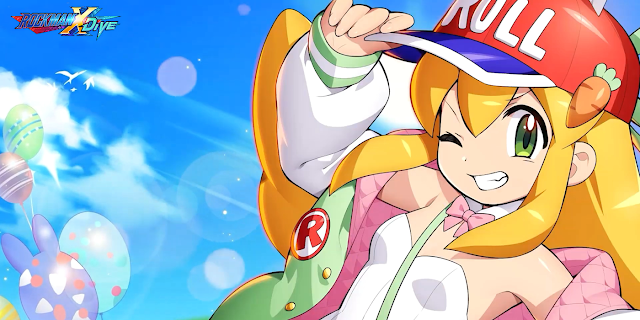 The Easter Holiday is around the corner. And following a small event in 2020 where players had to open Easter eggs to get rewards, Capcom Taiwan is back with another one that's actually fully-loaded with an original stage and character.
Find all the details below!
Easter Roll's first active skill is Easter Egg Launch. She performs a forward dash to deal damage and summon 4 small easter eggs to automatically attack enemies.
Her second active skill is Secret Easter Egg. This skill sets up an invisible Secret Easter Egg in place which activates after coming in contact with the target.
The Easter Celebration gacha capsule features Easter Roll and an S rank saber based on Metal Shark Player's design. It will go live this Wednesday alongside the event stage "Easter Eggs Are Yours to Collect!". 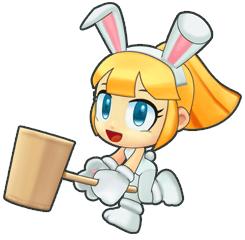 This is not the first time we've seen Roll in a rabbit costume. A similar costume with the same motif appeared in 2006's Mega Man Powered Up as a free DLC costume. Perhaps the development team took some inspiration from it while adding their own spin.
Let's us now what you think in the comments!
Posted by Reploid21XX at 12:44 PM