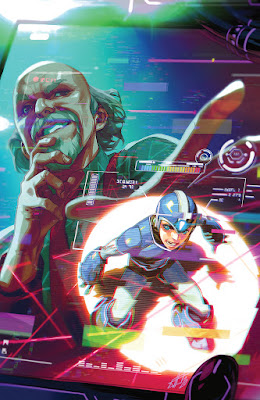 The first issue of BOOM! Studios' new Mega Man Fully Charged comic isn't even out yet (August) and we already have ourselves the cover and solicitation for the second issue.

Mega Man's search for information brings him to Dr. Wily, a scientist who may hold the secrets to the hero's mysterious past. As Mega Man struggles with his newly reawakened memories of a brutal war, he must choose who he can truly trust-his father Dr. Light or the enigmatic Dr. Wily.


Based on the cover and description, the real Dr. Wily will definitely play a key role in the story. Now, it remains to be seen if this is a wholly new character or he father of the young Bert Wily from the source material. Either way, we're getting a Fully Charged Dr. Wily.