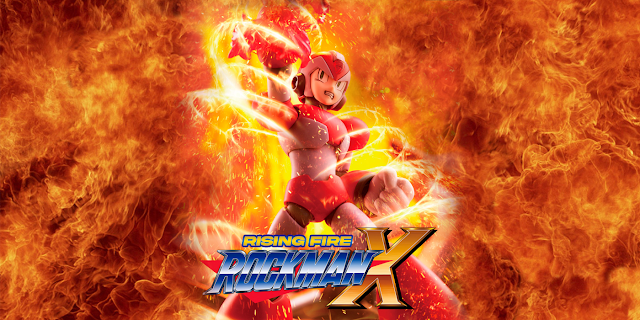 Revealed earlier this year at Wonder Festival , the color variant of the regular X model kit based on Mega Man X4 Rising Fire special weapon is finally available for pre-order. Check all the detail and official product images below! 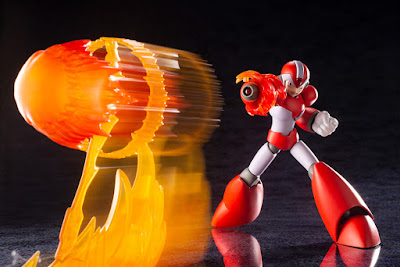 
The model kit is expected to be released in November for 7,040 yen (roughly $64 - 57€). As is customary by purchasing via Kotobukiya's Online Store, you can get a B2 background stage sheet.

This model kit will be sold everywhere; it's not exclusive to Kotobukiya's Online Store like the X Charge Shot version, Max Armor Hyper Chip Version or the soon-to-be released Zero Nightmare Version (end of this month). We will update this article when other places start taking pre-orders and of course when the Mizuno artwork for the box is revealed!

Below you can find the specs and official images. 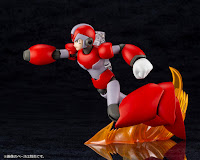 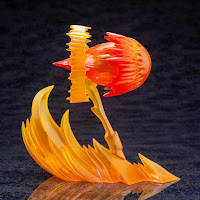 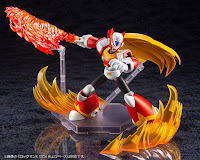 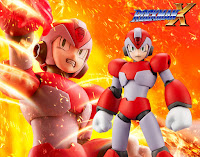