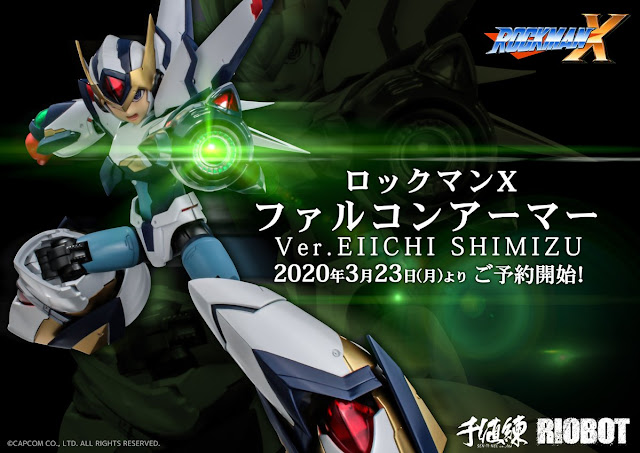 As discussed in past coverage, this figure is being designed by Eiichi Shimizu; a Japanese illustrator known for his work on Linebarrels of Iron, Ultraman and Getter Robo Devolution. As a Riobot figure, Falcon Armor X is expected to be more detailed, more articulate and a little bit taller than Sentinel's previous X series 4Inch-Nel figures.

More details including price and an exact release date are expected to be announced shortly.