With the Resident Evil 3 remake demo out now on PlayStation 4 and Xbox One, many players finding themselves taken aback by an unexpected cameo.

Right at the start of the demo, as soon as you emerge from the derelict subway train, you can find a poster featuring Dr. Light and Dr. Wily. It reads, "Think about the 21st century", "Will robots surpass humanity?" "Science Forum 24-25 October 1998" "Discussion between Dr. Light and Dr. Wily".

You can see a larger version of the poster after the jump! 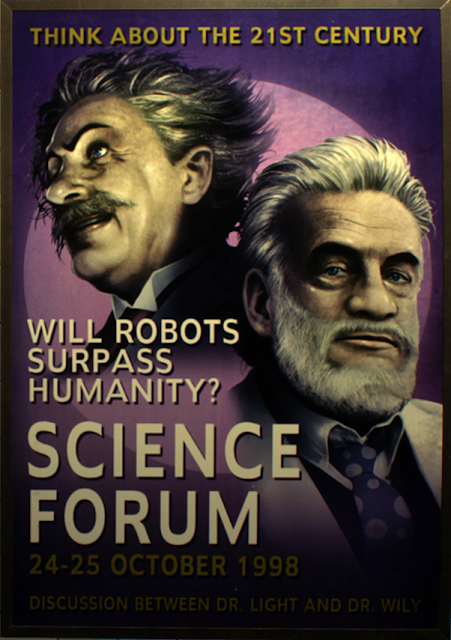 That's right; Dr. Light and Dr. Wily exist in this new, alternate Resident Evil universe. In light of the zombie outbreak, however, it's hard to say whether or not they'll be able to hold this historic robotics conference.

I pray for their safety as well. Then again... a zombie Light and Wily might be interesting to see?
Posted by Protodude at 10:38 AM