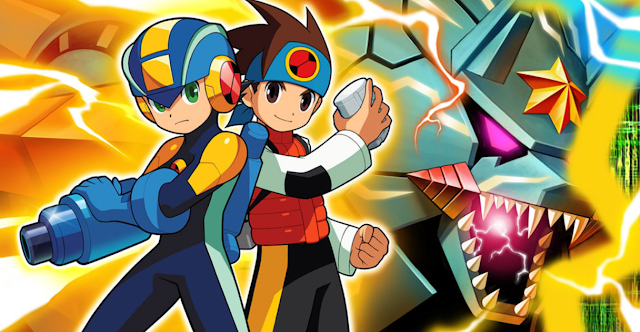 It's time to say farewell and good luck to a veteran Mega Man staff member. Shinsuke Kodama, perhaps best known to us as the planner and scenario writer for Mega Man Battle Network 6 and the Star Force series, is departing from Capcom Japan.

Kodama shared the news on his personal Twitter account earlier today. He writes, "It’s a personal matter, but I left Capcom at the end of February to pursue a new challenge." Kodama also said that he will continue to support the Ace Attorney series from the outside, a franchise that he's been greatly involved with since 2012.

Kodama didn't say exactly where he's headed to next. Nevertheless, we at Rockman Corner wish him well! And speaking personally, thank you, sir, for the greatness that was Mega Man Star Force 3. Best story and scenario from that series, bar none.
Posted by Protodude at 11:46 AM