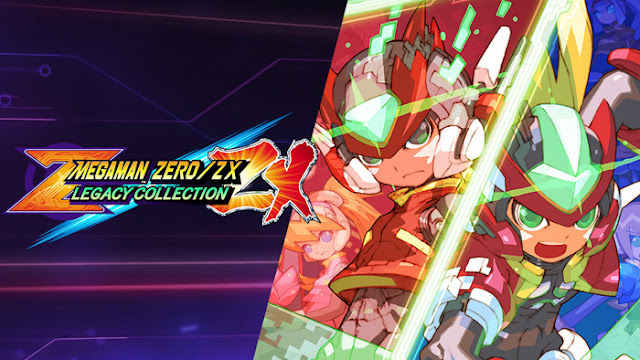 Mega Man Zero/ZX Legacy Collection - known as Rockman Zero & ZX Double Hero Collection in Japan - is off to a sluggish start in its home country. For the week between February 24th and March 1st, Famitsu reports that the Nintendo Switch version of the game debuted at #6 with roughly 11,610 units sold. The PlayStation 4 version did not chart in the top 10. UPDATE: Additional Famitsu data has been published; the PS4 version charted at #11 with 7,235 units. Combined physical sales of Switch and PS4 are now18,845 units.

You can see where Zero & ZX falls in first week sales compared to previous releases after the break.


Here is a chart we created showing the first week Japanese sales numbers for recently released titles in the series: 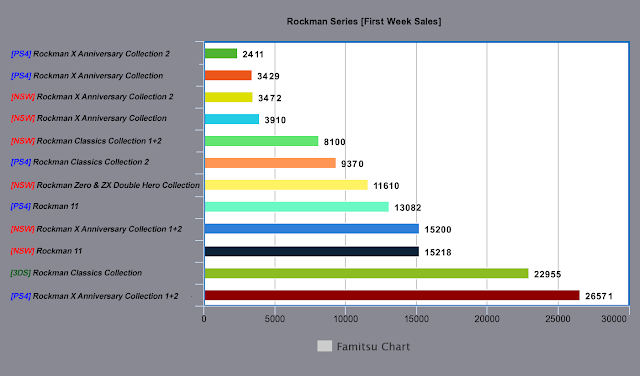 When compared to the first week sales of X Anniversary Collection, Zero & ZX Double Hero Collection isn't doing *that* bad. Still, it's not exactly on the high end either. And if history holds true, there's little doubt that the game will climb any higher; it will only slip further in Japan.

Personally, I do not believe Zero & ZX will ship a million or more units. In their prime, the four Mega Man Zero games and ZX and ZX Advent sold between 20,000 to a little over 200,000 units, respectively. Here is the cumulative Famitsu data sales for each (via Famitsu Archive):

What's more, there's the notion that the Zero & ZX series titles are the "hardest" games in franchise. This perception can potential deter general audiences/non-fans from picking the collection up. But, hey, we shall see. Zero & ZX will likely have some long legs thanks to inevitable digital sales.

Of course, it's also very important to understand that not every game has to sell a million or more units to be considered a "success". Based on past game sales data, Capcom have undoubtedly set very realistic expectations for Zero & ZX. And if it hits that, at least... that is a success.

Whatever happens, the future of Mega Man remains bright.