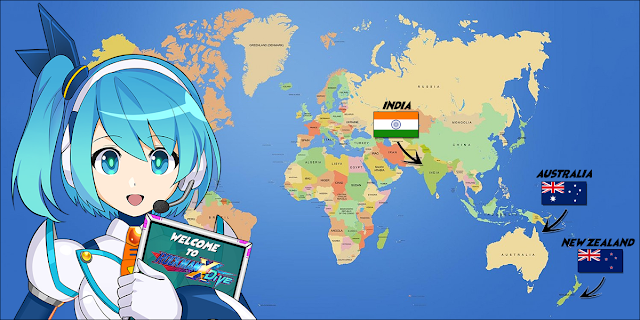 Today, after 6.5 hours of server maintenance, Rockman X DiVE returned with an unexpected surprise: the game is now available in three more countries for a total of twelve since the game launched a few days ago. Find all the details after the break!

Back on February 6th, the Rockman X DiVE development team announced via the Official FaceBook Page that the beginning of the pre-registration and pre-download period would take place in the following countries:


Later on, the post was edited to remove Australia and India without any further explanation. Today, however, the development team announced via a server maintenance notice that the server is now online in both countries and additionally in New Zealand.

With this we can conclude that they fulfilled their initial plans which got delayed for unknown reasons. And now, they are looking into expanding to new countries, the first being New Zealand.

We can only hope Europe, North America and other countries join soon. Every Thursday they will be performing scheduled maintenance; we will have to keep our eyes open in coming weeks to see if finally western countries join the server!
Posted by Reploid21XX at 7:19 AM