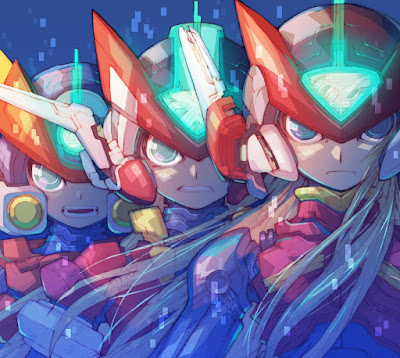 What's sure to be a surprise to many, Capcom US have officially released digital soundtracks for all four Mega Man Zero games, Mega Man ZX and Mega Man ZX Advent on Spotify, Apple Music and Steam. Check 'em out in the links below!


Tracks made specifically for Mega Man Zero/ZX Legacy Collection are included as well, but the "Reploid Remixes" are sorely missing. Also, it's worth pointing out that each individual OST is $13.99. That's $83.94 for all six. That's totally fine, sure. However, I think it's worth pointing out that the physical edition of the recently released Zero/ZX Sound Box runs between 8,000 to 8,800 yen. That's around $72 on the low end. It's a matter of preference, but if you want the physical CDs, you can get them a bit cheaper.

Regardless, this is an admirable move on Capcom US's part. This is the first time these OSTs have been released in the US in an official capacity. And look at that; we now have ourselves a very CLEAN version of the Sound Box cover art, too! Isn't Nakayama just the best?

So sit back, relax and enjoy!
Posted by Protodude at 1:14 PM