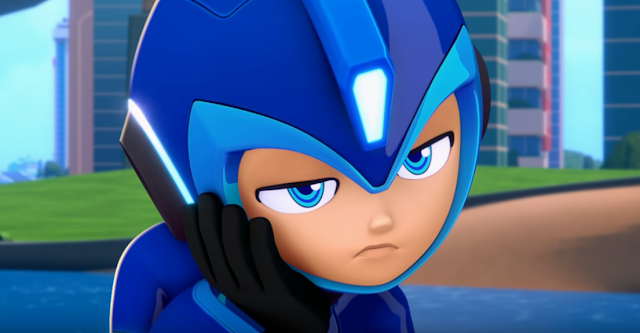 It's been a solid eight month's since the season finale of Mega Man: Fully Charged aired in the United States. And within that time, there's been no word from WildBrain (formerly DHX Media) on the prospects of a second season. Yes; they did (and continue) to pump out bite-sized "toy play" episodes on YouTube after the light's dimmed on season 1... but that's not the continuation fans have been waiting for.

No announcements, no press releases, nothing has been said about Mega Man: Fully Charged season 2. Speaking under the condition of anonymity with Rockman Corner, two former members of the Fully Charged production team have come forward to explain why.

According to our sources, members of the Mega Man: Fully Charged crew were told from the beginning that a second season was "gonna happen." In fact, pre-production on season 2 began roughly halfway into the development of season 1.

"Everyone with a pencil and pen hit the ground running," said our second source. "Everyone was excited to keep the ball rolling. We had so many ideas."

"The scripts for all of S2 were written and concept art for new characters was being made," added our first source. "There was a postmortem meeting with production, leads, and senior animators and they were telling us that if there were certain 'issues' or comments that we thought would be beneficial to production going forward into S2, we were to message our leads for them to bring up and take into consideration of working on the next season."

While crew members sent their messages up the proverbial ladder, project leaders were already in the midst of plotting out various structural changes for season 2, such as "getting rid of the previz/layout in favor of giving the animation teams that task while giving them more time to work on each episode." 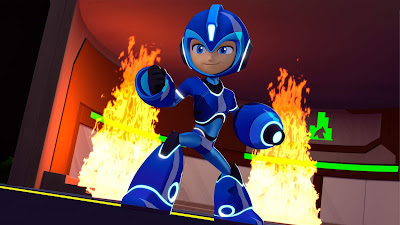 Pre-production on season 2 was off to a relatively good start. Spirits were high and everyone was excited to roll right on over to season 2. But the thing was... season 2 wasn't actually greenlit. Not officially.

"We wanted to know if we'll be getting our contracts extended or what," recounted our source. "Our producer said that they were very transparent on the whole process of what was going on and would let us know about the process of getting S2 greenlit. DHX was in talks with Dentsu about funding S2, and while nothing had been signed or agreed upon yet, they were working on it."

Another couple months go by and the Fully Charged crew are starting to feel antsy. In the words of our source, "It's never fun to be in a position of not knowing if you'll have a job in a couple of months."

"Our producer let us know that they were at a bit of a standstill, but S2 was "99% greenlit" they just need a couple final papers signed, " continued our source. "At this point they mentioned that by time they [DHX] get this all under wraps that there may be a month or two break for the crew, since they need to go through the process of storyboarding and modelling the needed assets for production. Our producer said they wanted to keep as many of us on to continue working on the show so if we had concerns to let them know and they would do their best to accommodate."

As production on season 1 began to wind down, season 2 was still "99% greenlit." And that antsy feeling everyone had? It was replaced by true anxiety.

"We're all kinda sweating, because the longer they take to confirm S2, the longer it will be before production can begin, the bigger the break we have to take in between contracts, more time we're not being paid if we choose to continue working on Mega Man," said one of our sources.

And just before the wait became absolutely unbearable, the Fully Charged crew were finally told what the hold-up was. 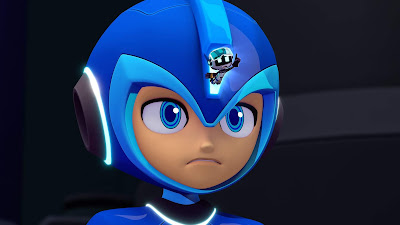 "What was taking the 'greenlight' so long to happen was because of the way DHX wanted to structure the second season," said one of our sources. "Season 2 was going to consist of 26 episodes running for 11 minutes each. It was going to be a smaller season with a focus on quality over quantity. Dentsu had the second season budgeted out and were ready to fund it... but DHX wanted to do something a little different with that budget. That didn't sit well with Dentsu."

As explained by our sources, Dentsu Entertainment (co-producer and distributor of Fully Charged) wanted to air season 1 and season 2 back-to-back in Japan as one long, 78 episode show. Dentsu specifically budgeted Fully Charged for that very purpose. However, DHX was adamant that they wanted to "put the budget of the last 4 or 6 episodes of season 2 into creating online content to promote the show."

Instead of a full 26 episode second season, DHX wanted a smaller season with the freedom and budget to create a series of 2-3 minute short skits featuring "a day in the life of a Robot Master" or fun little music videos. These skits would have been published exclusively through WildBrain's YouTube channels, which make up a large part of their bushiness.

"Dentsu wasn't having any of that," said our source. "They wanted all of the money to go towards a full 26 episodes or they weren't going to fund their part of the show."

For months DHX and Dentsu went back and forth trying to come to an agreement. And there was no middle ground here either, I'm told. It was all or nothing.

"Without Dentsu funding their half of the show, we really had nowhere to go," laments our second source. At this point in our conversation I had to ask, "what was stopping DHX from funding the show themselves?" My source directed me to a news story that broke on September 23rd, 2019: DHX Rebrands as WildBrain".

"DHX weren't in a great place financially," they added. "The had a change in hands from the top, cut a lot of fat out, and ultimately rebranded as 'WildBrain' in response. DHX, at that time, literally could not afford to fund Fully Charged themselves. Without Dentsu's support, MMFC was dead. It is dead."

While the disparity between DHX and Dentsu played a large role in season 2's fate, another factor also played its part: the Cartoon Network ratings.

"If I recall correctly," began a source, "there was even a time where one of our heads of DHX ended up flying to California to Cartoon Network to ask 'Yo, what the hell is going on?'"

"That's true," added the other. "We were all pretty peeved at the lack of promotion from Cartoon Network's side, not to mention the horrible 6:30AM, SUNDAY MORNING, timeslot. It was ridiculous. Absolutely ridiculous. Our audience literally wasn't there." 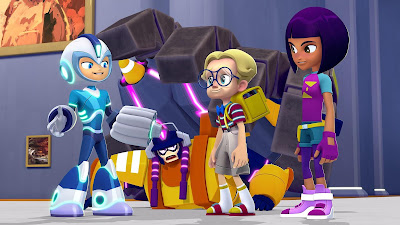 And that, my friends, is where our story ends. While neither one of my sources are confident Fully Charged will return for a second season, the groundwork for it does exist. If and when season 2 will be realized, it will likely fall into the hands of an entirely different production team.

"I think most of us have moved on," said one of our sources. "We've either been transferred to work on different programs at WildBrain (long-term commitment) or, like some of my friends, have jumped ship to different jobs and studios entirely."

While the book may be closed on season 2 for now, it is worth noting that, at the time of the writing, there is some interest from within WildBrain to leverage season 1 a bit longer. That could mean the show will (eventually) appear on other platforms and different markets.

If you enjoyed Mega Man: Fully Charged and want to see more, there are a few things you can do that might (and that's a strong might) help rejuvenate interest between WildBrain and Dentsu:


A big thank you to our sources for providing this information. We wish everyone at Team Full Charged the best of luck in their future endeavors!
Posted by Protodude at 10:03 AM