There's been a few interesting developments from Rockman X DiVE in the last few days. The Weapon Design Competition voting process ended and the development team teased some fun things via social media. Let's recap them all after the break! 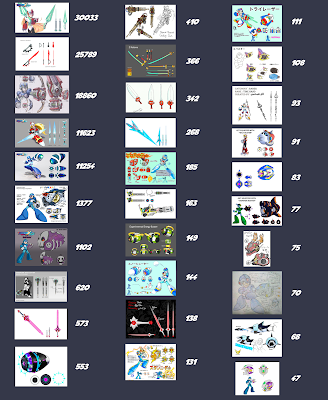 First, the Weapon Design Competition ended on January 21st and the development team began to review the entries. On February 7th through the 10th, the first three winning designs (which will end up in the game) will be announced. Seven merit prizes will also be announced via the Official Facebook Page and Twitter account.

In the image above, we have organized the entries by number of votes. It's worth noting that, according to the development team, the numbers of winners could increase or decrease. Here's what the competition rules say:

"The actual number of winners will be determined by official judgement according to the quality of the creations; if necessary, the quota of winners may be increased or decreased."


They also mentioned on Facebook that when it comes to selecting the winners, they will consider "number of votes, integrity and 'developability". 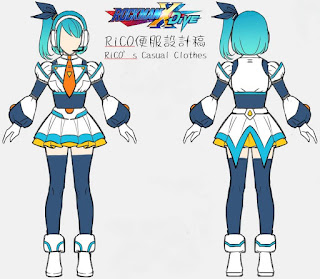 They ask, "Do you wanna see RiCO wear casual clothes like this?".  The response has been predominantly positive. Even if RiCO is not a playable character (yet) it seems like most people would at least like to see her wearing different outfits in the menus of the game. 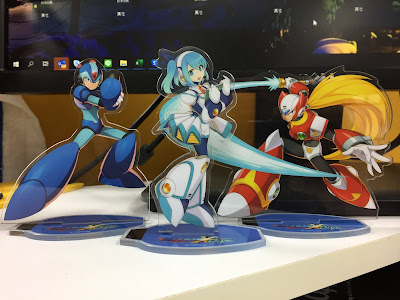 On January 22nd, the development team posted another image featuring three acrylic stands: X, RiCO and Zero. The image was accompanied by the following text: "Here comes whole new merchandise! Which one do you want the most?". We can only assume that acrylic stands will be sold to fans and that more character will be produced. 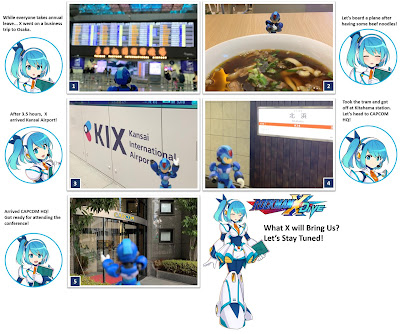 And finally, yesterday, they shared a small story via the image above. The development team traveled to Japan to have a meeting at Capcom's headquarters in Osaka. "What X will bring us? Let's stay tuned!". We don't know what was discussed in that meeting, but they certainly want to generate some expectations. Perhaps the meeting was about finalizing the launch plans? Your guess is as good as mine, but we have at last entered it's release window of Q1 2020!

So that's all for now when it comes to Rockman X DiVE. What do you think about the designs submitted? And RiCO's "casual clothes"? Do you plan on buying some of the acrylic stands whenever they come out? Let us know in the comments!
Posted by Reploid21XX at 10:49 PM