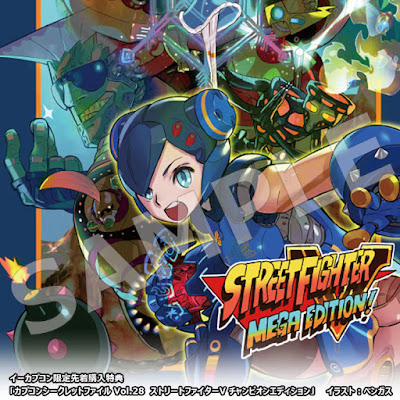 "Capcom Secret File Vol. 28" – the first volume in Capcom's adored mini-magazine in ten years – has a little something extra for Mega Man fans. If you order it from E-Capcom, that is.

Anyway, there are a few other characters present, too, but they're a little hard to make out from the small preview image. Try your luck at identifying them after the break below! 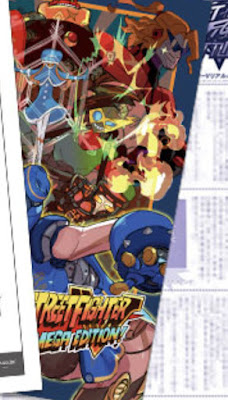 It's worth noting that the Secret File will ship with ALL limited/premium editions of SFV in Japan. This "Mega Edition!" print, however, is EXCLUSIVE to the E-Capcom Premium Package.  If you have the means to do so, you can order it here. Import shops like Nin-Nin Game or Play Asia might stock up on this in due time. The former often receive E-Capcom exclusives in limited quantities.

Here's hoping we get a clean version online soon!
Posted by Protodude at 12:45 PM