PSA: "Mega Man Zero Burst" is Not a New Game

My inbox has seen a string of tips about "Mega Man Zero Burst", a title purportedly outed by the OFLC. Unfortunately I bring bubble-bursting bad news: it's not a new Zero title. No, no; not in the slightest. 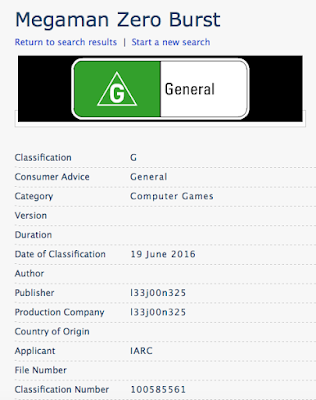 Occasionally we'll see games prematurely "leaked" from the OFLC. The rating for "Mega Man Zero Burst" appeared on June 19th, leaving some fans to believe it was an unannounced Zero title.

In actuality, "Mega Man Zero Burst" is an unlicensed Windows app -- published by the aptly named l33j00n325 -- that looks a little something like this: 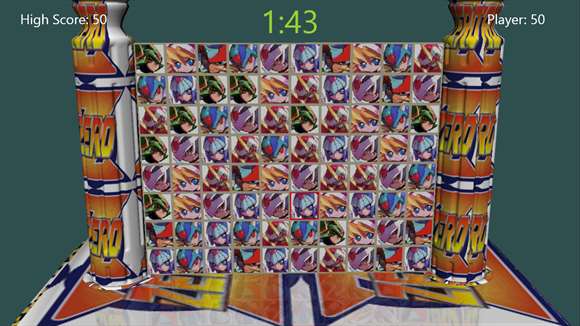 So yeah; it's an unlicensed Bewjeweld clone with a horrible, horrible coat of Zero paint. Why an OFLC rating exists is beyond me. However, I'd like to add the OFLC is teeming with oddly-named, unofficial Mega Man games: 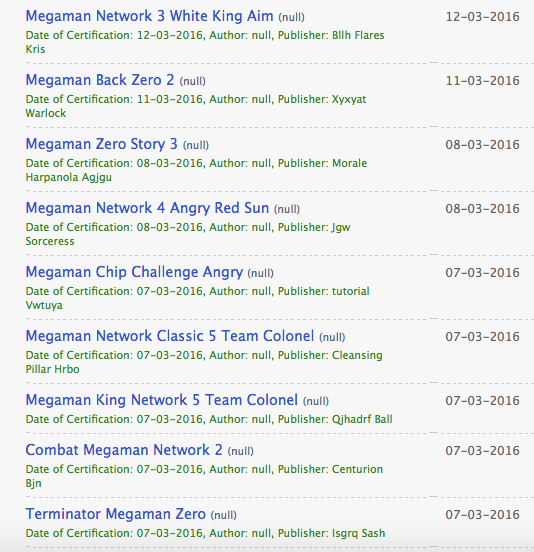 Thanks for the tips, guys. Sorry to be the bearer of bad news!
Posted by Protodude at 9:41 AM