Some of you may remember this image from seven years ago. These are two Capcom Japan engineers posing with the company's propriety MT Framework 2.0 tool-set. What's always been of interest to us, though, is the fully rendered Mega Man hiding behind the software's interface. The implications sparked immediate speculation.

When asked about the image, then-Capcom US Senior VP Christian Svensson said "as far as I'm aware, that's just some dude's desktop. There has never been an HD MT Framework MM game in development."

Svensson's statement made four years ago is only half true, though: that's not some dude's desktop. 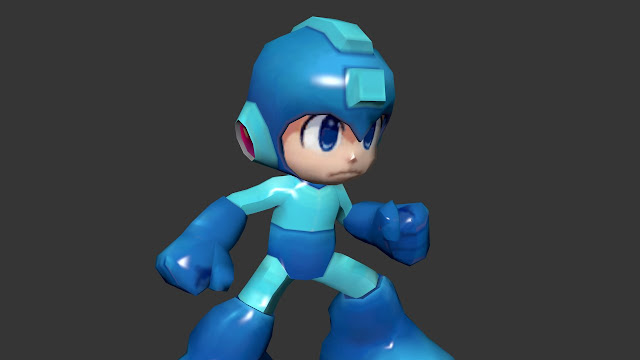 Here he is again with additional effects: 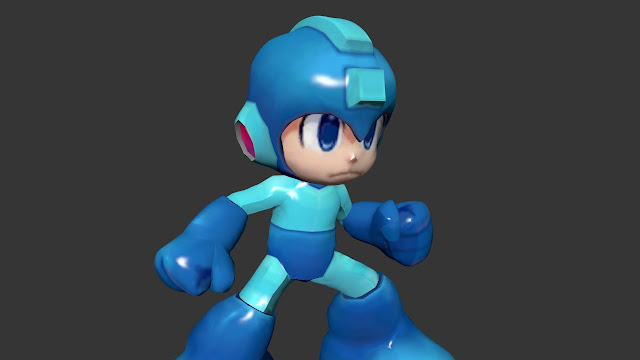 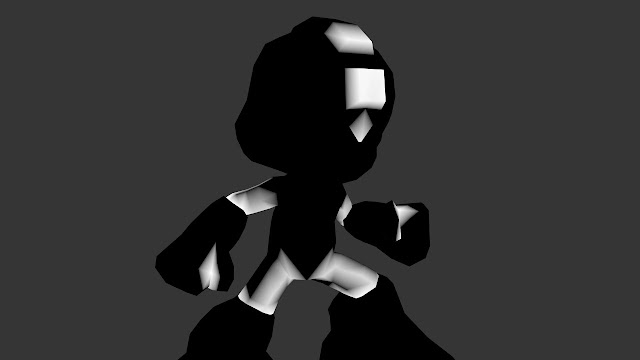 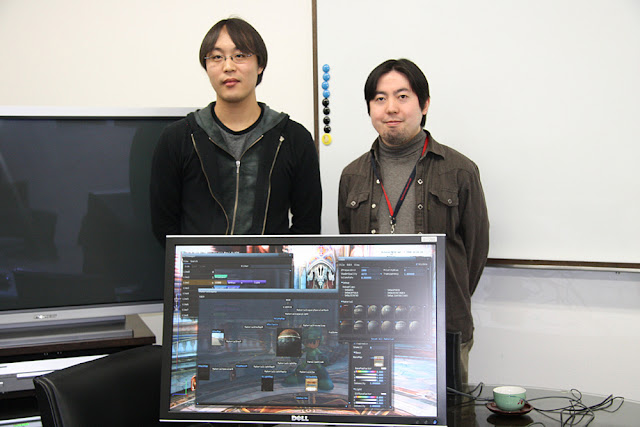 This very 3D Mega Man appeared in a Game Watch MT Framework 2.0 feature in 2009. It completely flew under our radar, for one reason or another.

So, now that we have actually confirmation this wasn't "some dude's desktop", what exactly are we looking at? According to the Game Watch feature, the Mega Man model was created to test various effects and scenarios within MT Framework 2.0. Here's another test object with some heavy Robot Master-like proportions: 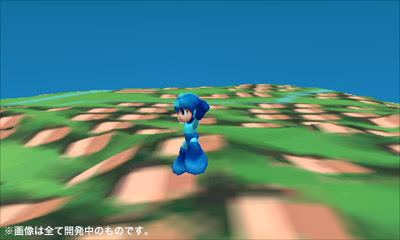 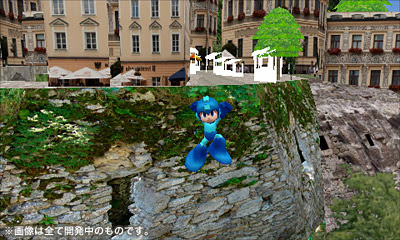 tl;dr this Mega Man model was a test object for MT Framework. However, I can't entirely rule out the possibility that, at one time, it was meant for something bigger. We know for certain Mega Man 9 nearly pursued 3D graphics. Maybe this little guy really did belong to early 3D MM9 tests? We may never know for sure, but it's defintely something interesting to think about.