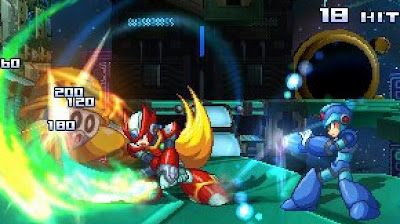 Good news, everyone! Namco-Bandai have decided to bring over Project X Zone outside of Japan. IGN reports the game is due to hit North America, Europe, Latin America and Australia later this summer.

For the uninformed, Project X Zone is a turn-based mishmash featuring over 200 characters from Sega, Namco-Bandai, and Capcom. Mega Man X, Zero, Vile, Tron Bonne, Iris, and the Servbots all make an appearance, some even playable. Today's news makes me wonder if the voices behind the English Mega Man games may reprise their roles, if the powers that be are willing to dub the game. EDIT: Nope! The game will retain its Japanese voices. Moreover, there are no licensing issues so everyone from the original release will be playable!

I'll be keeping close tabs on this as things develop.