D-Arts Bass and Treble Are Headed Our Way 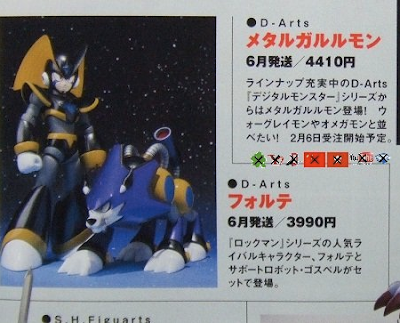 Back in October, we caught a sneak peek of D-Arts Bass accompanied by a Treble figure. At the time they were only concepts, meaning there was no guarantee they would go into production. But today it's official: Bandai are preparing to release Bass and his faithful canine later this summer (in the same package, no less). A scan from the latest Figure-Oh magazine confirms the set is due to hit Japan in June with an expected 3990 yen price tag (roughly $45 US).

Currently, there's no information about additional features and accessories. Those details should coincide an official announcement from Bandai in the near future. Stay tuned!