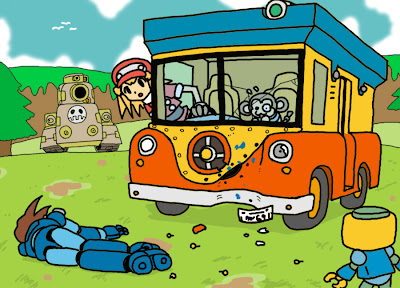 We've heard it time and time again: Mega Man Legends can't come to PlayStation Network. All three games in the series are prohibited to hit the PS1 Classics storefront because Capcom no longer has the licensing rights to use certain voice acting performances.

Yet in spite of the challenges, Mega Man Legends 1 & Legends 2 were among the candidates in Capcom's digital survey; a recent poll designed to gauge interest in future digital re-releases. Why even option the games if we know for certain they can't hit PSN? Well, it turns out Capcom might be able to do something after all... but there's a catch.


Capcom Unity member Metal pitched the question to Capcom: "Why is the survey asking us about a Legends 1 & 2 re:releases when it's impossible since the VA barriers are still unsolved????" Capcom USA vice president Christian Svensson arrived on the scene with some clarification:

"The VO barriers exist for a release of PS1 code (which can't be changed) on PSN. They do not exist if we were to port them to other platforms and replace the original VO (new development required, which is expensive). The question exists to gauge interest and only that."


Sony does not allow developers to alter PS1 code for PlayStation Network. If the games were to be re-released digitally, Capcom would have to peruse another digital platform, then re-record most, if not all of the dialog. This process would likely entail the hiring of an entirely new voice cast. Mind you, much of the original cast no longer work in the ADR business. Moreover, it's virtual impossible for Corey Sevier to reprise Mega Man Volnutt: he's all grown up now.

Hiring fresh voice actors is a costly affair already... but moving the games to other platforms? That's another pretty penny. We're talking about three games if you count the option of The Misadventure of Tron Bonne. Each game would have to retail for, maybe, $15+ to recoup production.

But if the results of the poll prove favorable, maybe this is something Capcom will look into. And that was the whole point of the poll: to gauge interest in future digital products. If there's a significant demand for a particular product, they'll discuss it. What they will look at is budget and cross check it with demand. That's all there is to it. For now, though, we can only wait and see.