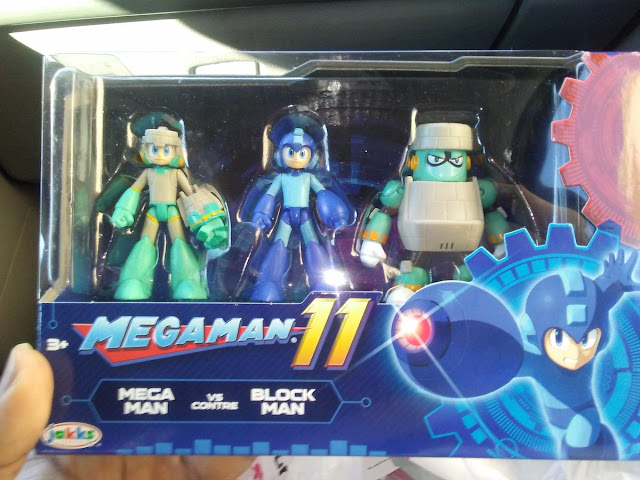 It took some time but it looks like the Jakks Pacific "Mega Man vs. Block Man" 3-pack is starting to appear at GameStop.

Rockman Corner readers ShaolinTurtle and Sean are happy to confirm that, at last, the figures are in their possession. ShaolinTurtle found his at the GameStop in Voice of America Centre, West Chester, Ohio. According to employees at that location, they received a shipment last night (Tuesday, December 18th). Meanwhile, the figures that "S" pre-orered some time ago showed up at his GameStop in the Denver metro area. He got the call that they arrived yesterday, too.

I have no other sightings to report at this time. Additionally, the figures still don't appear on GameStop's website. You're best bet is to call a couple stores in your area and see if they have them in-stock. In the meantime, "S" has passed along some pictures and details after the break! 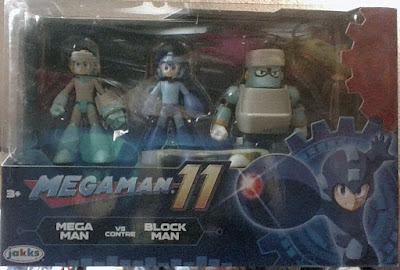 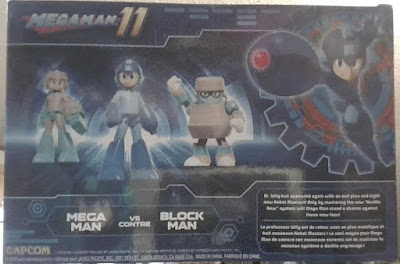 "These are tiny figures; they are around 2.5" each. All three figures appear to have 5 points of articulation: head swivel, shoulder swivel, and hip swivel, with Block Man's arms being a more articulate ball hinge. They are about the same quality paint and sculpt-wise as the Bandai 66 Action figures, though these are not nearly as well articulated."