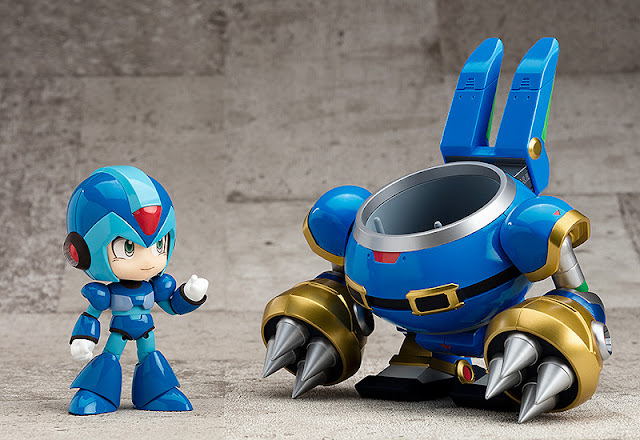 Hit the jump to read the official descriptions and see more images. 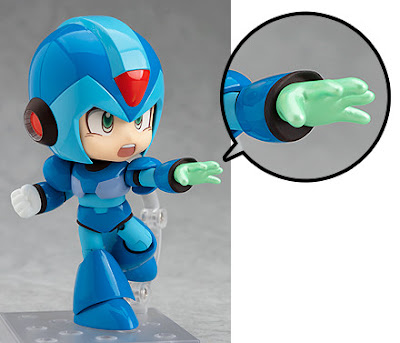 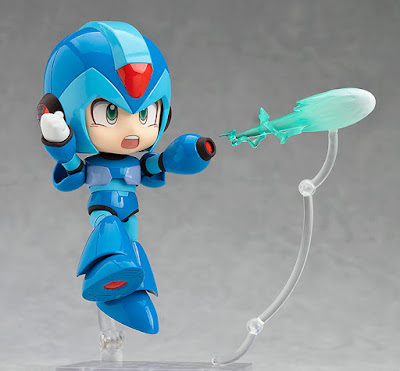 "The hero with unlimited potential.

From the popular video game "Mega Man X" comes a Nendoroid of the Maverick hunter Mega Man X! He comes with two face plates including his confident smiling expression as well as an intense combat expression!

As for optional parts, he comes with his X-Buster and various effect parts including a Semi-Charged Shot and Hyper X-Blaster effects. He features articulation at his legs, allowing you to pose him in his dashing and jumping poses! Have fun recreating your favorite scenes from the game!" 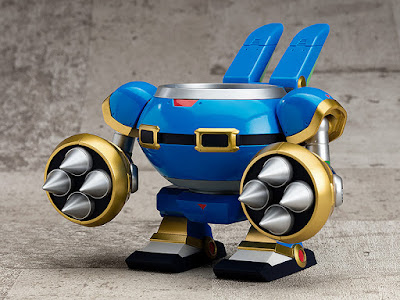 From the popular video game series "Mega Man X" comes a Nendoroid More version of the Rabbit Ride Armor from "Mega Man X2"! Nendoroid Mega Man X (sold separately) can be posed riding in the cockpit, and using the included special hand parts, can be displayed gripping the control stick! Large-scale drill parts are included on both arms of the Ride Armor and can be rotated to a total of 21 positions, allowing you to recreate all kinds of punching and dashing actions!"


Check out additional images in the following links:


Pre-orders are up right now via amiami. Follow these links!: