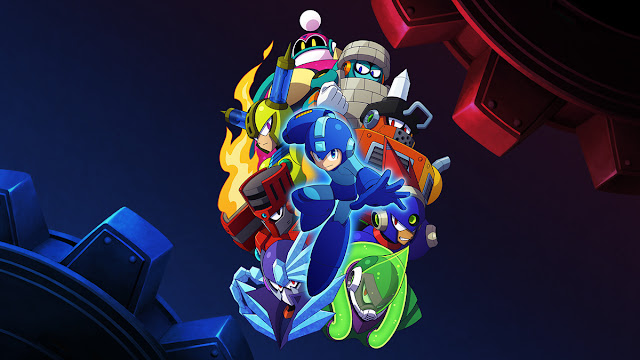 Eight years after the release of Mega Man 10, Capcom has resurrected the Blue Bomber from his proverbial grave for a brand-new, satisfying adventure that, at its core, is a welcome return to form. This is Mega Man 11. 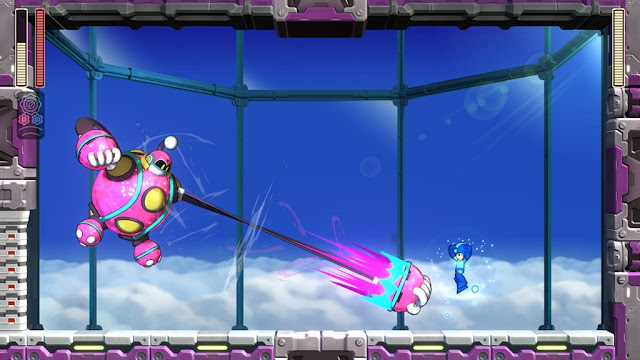 Mega Man 11 is solid. There is a strong and deliberate sense of care, polish, and creativity across all eight Robot Master stages (and then some). Every stage has a story to tell that, very subtly, tie into the personality and characteristics of its respective Robot Master. It's those kind of small touches that drive home the idea that Mega Man 11 isn't just "another Mega Man" game. These stages and their Robot Masters will be remembered.

Mega Man 11 offers some of the longest stages in the franchise's history. While this isn't necessarily a bad thing, there where some segments that felt more like filler than anything else. Some stages offer this really good rhythm; a natural sense of progress and build up that feels downright amazing. Others, however, ran a little longer than needed – too many "filler" segments that seemed to break down an initially steady pace. Again, totally not a bad thing. But I gotta be honest with ya; I found myself a few times asking "okay, are we getting to the end soon here or what?"

Now, if you're going into Mega Man 11 expecting some really dynamic stages with secret areas, alternate paths, and hidden boss fights, you're going to be a little disappointed. Mega Man 11 is a *very* straightforward Mega Man game. It's “get from point A to point B” all the way through. There was this expectation among some fans that Mega Man 11 would have sprinkles of Mega Man 7, Mega Man 8, and Mega Man & Bass' emphasis on exploration; elements that were stripped away with Mega Man 9 and 10. Mega Man 11, however, follows in its previous two entries' footsteps: little-to-no exploration but a greater emphasis placed on tightly designed platforming and challenges.

This is were that "solid" term comes into play. Mega Man 11 is laser-focused on delivering tough-as-nails challenges, moment-to-moment button presses, and classic gameplay that strikes a good balance for players both new and old. With several difficulty options to choose from there’s a preference available for just about everyone. (although "Casual" mode is anything but) A vast array of optional items and parts from Dr. Light come in handy on your journey, too. You’ll unlock more items as you progress through the game, but it’s not exactly clear what conditions must be met to unlock everything the shop has to offer. (I wasn’t provided with a manual – maybe it’s in there?) 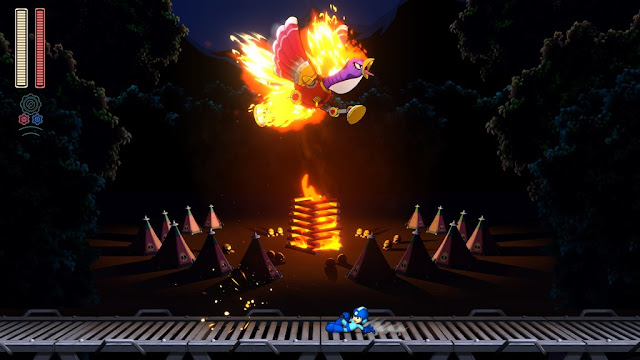 What are your thoughts on the graphics?

Graphically-speaking, Mega Man 11 strikes an interesting, but subtle balance between the hand-drawn and the polygon. Most, if not all background objects are hand-drawn while the foreground is rendered in 3D. A lot of the particulate effects – explosions, flames, bullets, metal scraps – are hand-drawn, too. The contrast between the two styles can be subtle at times, but if you pay close enough attention, I think you'll really appreciate what's at work here. If anything, I advise you to take a moment to appreciate what's going on at a particular spot in Torch Man's stage. While you're fighting the mid-boss, a dozen or so Mets are chilling out by campfire – all hand-drawn. It's those moments where the the the two styles work best, forming Mega Man 11's visual identity.

The game's animations are fluid, natural, and at times, cute. Pretty much anything that moves in the game has unique animations and expressions. Sometimes it's fun to just drop what you're doing and watch an enemy or two do their thing. Cutscene-wise, characters are lively and expressive. Any time Auto is on-screen, you're in for a show. 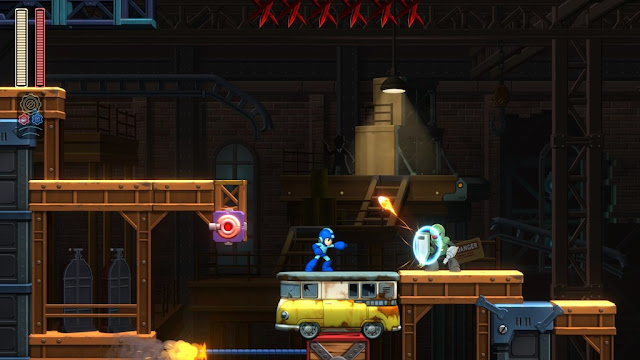 Mega Man 11's music is heavy on techno. I've never been too keen on techno Mega Man pieces, but there were a few here I really liked: Stage Select, Fuse Man, Blast Man, and the Game Over theme. Beyond that, though, everything else is pretty "fair" in my opinion. I can't speak for the alternate instrumental versions that are shipping with pre-order copies (I was not provided with that content for review), but I liked what I heard from those.

I think a few themes will be remembered a few years from now. Others not so much. Regardless, I am looking forward to the inevitable slew of covers and fan-made remixes. 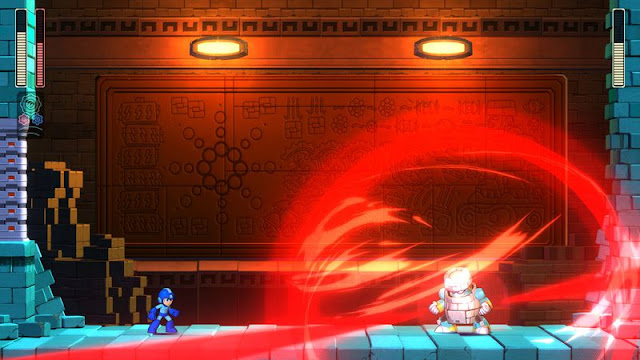 How does the Double Gear System work? Do I *have* to use it?

I can't name a single instance in my two hours of play time where the game demanded you to use Speed or Power Gear. Every boss and challenge you'll face has been designed to be conquered without the use of Double Gear. But let me tell you, the game can be a bit harder without 'em. (regardless of what difficulty you've chosen to play) When I did use Double Gear, though, I found myself reaching for Speed Gear over Power Gear. Speed Gear is great when you're not too sure if you'll make that jump or if you can dodge that one shot. It's a nice tool to use when you're familiarizing yourself with a stage, too.

Oh yeah – the Robot Masters use the Double Gear system, too. You might've seen this in the Block Man stage demo where 'ol block boy taps into Power Gear and transforms into a monstrous robot. It's a neat touch that amps up the challenge and ties directly into the game's story. When you do find yourself up against a Gear-powered Robot Master, it's fun to experiment between Speed and Power Gear. They're not weak against Gears, but using them in those instances can alleviate some of the challenge. You're better off taking them down the old fashioned-way: Special Weapons. 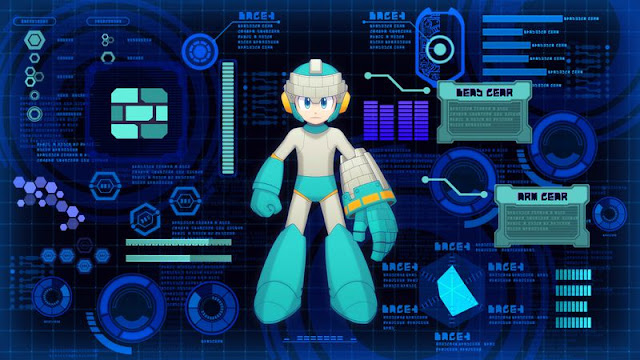 How are the Special Weapons?

Haha. Oh my god, the Special Weapons. They're fantastic. I don't think it's a stretch to say these are some of the most useful, well-designed weapons in the classic series. Each one has a purpose in some shape or form, and – if you permit yourself a moment – you can easily figure out which weapon works against which Robot Master. I don't want to give away the "proper" boss order but it's very well thought out.

Once you play it, you'll see what I mean. I truly believe we're going to remember Mega Man 11's arsenal for a long time. And yeah; their respective forms look great, too. Don't be surprised if we get 'em as figures down the line. 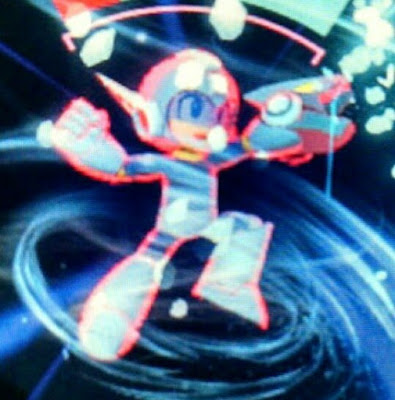 Speaking of forms, did the “Star Force” armor make it into the game?

Sadly, no. The purported Mega Man Star Force-themed armor, which first appeared in an issue of Game Informer, isn’t in the game. Maybe it was a placeholder for what would become Tundra Storm. I dunno. I'm honestly a little bummed out it's gone, though. I was hoping we'd get alternate costumes for different Mega Men, but alas.


Did they fix any glitches from the Block Man stage demo?

The Block Man stage from the demo is *exactly* the same as the one in the final game. So yeah; all those little glitches exist here too (getting stuck inside the falling maze, Block Man running in place if you don't shoot him). I don't know if a day one patch is on the burner for tomorrow, but these are pretty minor quibbles.

CAN I JUMP THROUGH BOSS GATES NOW? DID THEY FIX IT?!

Nope. It's the same as it was in the demo, I'm afraid:

How can you make a Mega Man game in 2018 and not include jumping through the boss doors? :p @CapcomUnity #megaman11 pic.twitter.com/12DGIYU6jj
— Brian Emling (@waffledog) September 7, 2018

It's nothing to cancel your pre-order over, though. I mean this isn't Waluigi we're talking about. Really, it's such a minor thing that it doesn't take away how great Mega Man 11 is. Still... a patch couldn't hurt?

Is Roll playable? Are Proto Man and Bass in the game at all? DOES THE GAME CONNECT TO THE X SERIES? 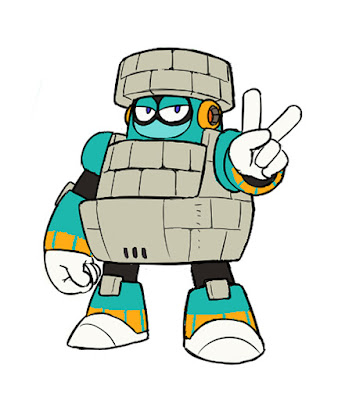 I didn’t read anything you wrote above, Protodude. Did you like the game or not?

Aside from a couple gripes (stage length, hit/miss music), my bottom line is indisputable: Mega Man 11 is a great classic series entry and a worthy return of the original blue robot. With that being said, there’s room for improvement and further innovation. Mega Man 11 doesn’t reinvent the wheel nor is it a retread of old ideas. Instead, it’s a step toward a new, promising direction for the series.

I really want to see more from the Mega Man 11 development team. They’ve got a good thing going on here. Onward and upwards,yeah?

Mega Man 11 launches on PlayStation 4, Nintendo Switch, Xbox One, and PC tomorrow, October 2nd.
Posted by Protodude at 10:00 AM