A Different Mega Man Project Was Conceived Before Mega Man 11 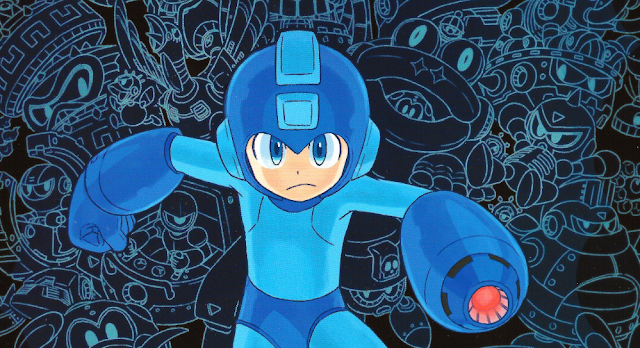 The Rockman 11 Production Note features an interview between Mega Man 11 producer Kazuhiro Tsuchiya and Rockman Unity's Ucchi. Among the many topics discussed, Tsuchiya revealed that, initially, Mega Man 11 started out as a wholly different Mega Man project. Although Tsuchiya doesn't divulge any details about what it was, he insists that he still wants to make it.

Here's the relevant portion from the interview (full read here):

Q: So, why was Rockman 11 made in the first place?

Tsuchiya: There’s a lot about the story of us wanting to make a Rockman game, but I might say, it must have been fate. I worked with director Oda on Resident Evil 0 HD before. After development reached its goal, he called me and asked: “What should we do for our next project? I want to make a Rockman game…”. Since I was thinking of what to do for Rockman’s 30 years anniversary at the same time, I answered: “If we make a game, shouldn’t we start right now?”.

It was a coincidence that I was in charge of “Rockman Classic Collection” too, so I thought I must go with the flow and make a game right away. Oda’s word back then, “It’s Capcom’s duty to correspond to fans’ hope”, left a deep impression in my memory. I could feel how serious he was when he said the word “duty”. Since then, we put out so many plans, and a lot of people in the company was cheering for us… Our initial plan wasn’t Rockman 11 actually. But I want this to be released in another form eventually, so details about it will be kept a secret for now. (laughs)

Tsuchiya: Until I can actually do it, I must keep it a secret! (laughs) Well, as the development for Rockman 11 started, it took quite some time to recruit enough members, so I did some market researches and theoretical analysis on approaches to revive the brand. After incorporating what I wanted to do and going through different simulations, it’s decided that “Rockman must make a triumphant comeback!”. I believed once I did this for the 30 years anniversary, the series could live on for another 10, 20 years.


Interesting, yeah? Because Tsuchiya's comment is pretty ambiguous, we're looking at a no-holds-barred speculation train here. Was this game going to be a new entry in a different series? Maybe a brand-new Mega Man series altogether?  Or perhaps something totally out there, like a fighting game?

Whatever it was, Tsuchiya seems pretty keen on seeing it come to fruition. Here's hoping we can experience it one day!

More from this interview can be found here. Thanks to koumashiki for the translation!
Posted by Protodude at 11:01 AM