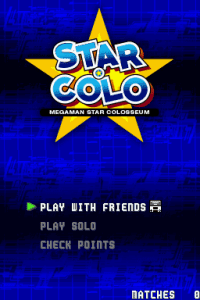 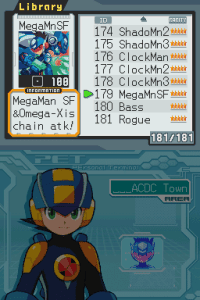 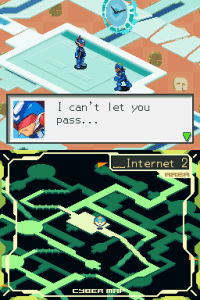 Nearly nine years after its release, you can finally play the Japan-exclusive Rockman EXE: Operate Shooting Star in English. The long awaited translation patch was just released by the folks at The Rockman EXE Zone. Download it here!

In addition to a fully translated storyline, the patch also includes English text and graphics for the "Star Colosseum" sidegame. Moreover, the original Mega Man Battle Network script has been edited and adjusted to fix errors and inconsistencies with later Battle Network games.

For the uninitiated, Operate Shooting Star is an updated version of Battle Network 1 that includes a brand-new event involving characters from Mega Man Star Force. Once you've completed this event, you can switch between BN Mega Man or SF Mega Man in battle. There are other additions and changes to the main game too which are listed here. The big one for me is the updated battle system, which takes a few elements from Battle Network 2 such as the addition of wildcard * Battle Chips. Oh, and the Power Plant puzzle has been made vastly easier!

A huge thanks Greiga Master, Prof. 9, MegaRockEXE, MidniteW, Jumi, Lex, and everyone at team TREZ for all their hard work. I can't wait to give it a spin!
Posted by Protodude at 8:53 AM